Carli Lloyd Signs Off for USWNT 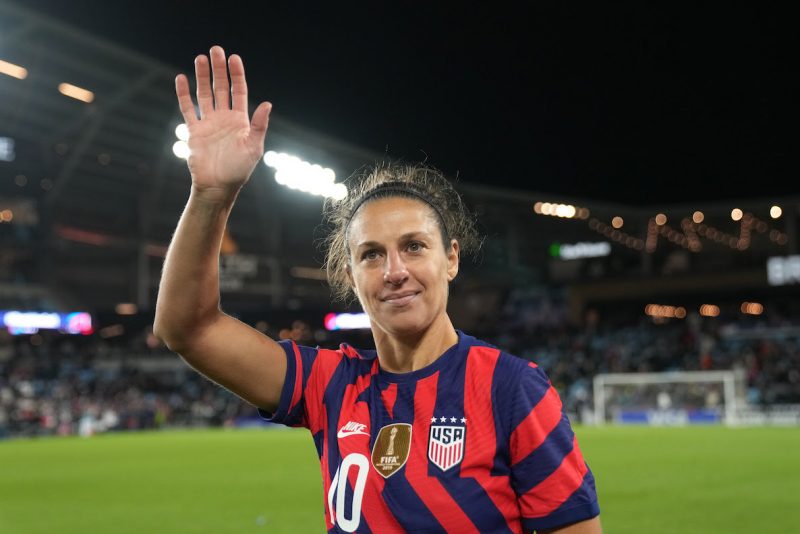 That’s a wrap for the historic career of USWNT’s star Carli Lloyd. The 39-year-old announced her retirement in August before finishing out the fall slate of friendlies for the squad, ending with 17 years, 316 international caps and a magical moment of recognition. Lloyd went off in the 66th minute before passing the captain’s arm band to Megan Rapinoe. A standing ovation on the pitch, both during the game and after, gave way to a touching tribute.

“It’s been emotional. But there’s just a sense of peace and contentment that I feel — it’s just joy and happiness. It’s been an amazing journey and I gave it all I had, and now I can walk away into the next chapter.” — Carli Lloyd

Lloyd’s Career (By the Numbers)

316 International Games (2nd Most in the World)

Carli Lloyd Leaves the Field for the Final Time