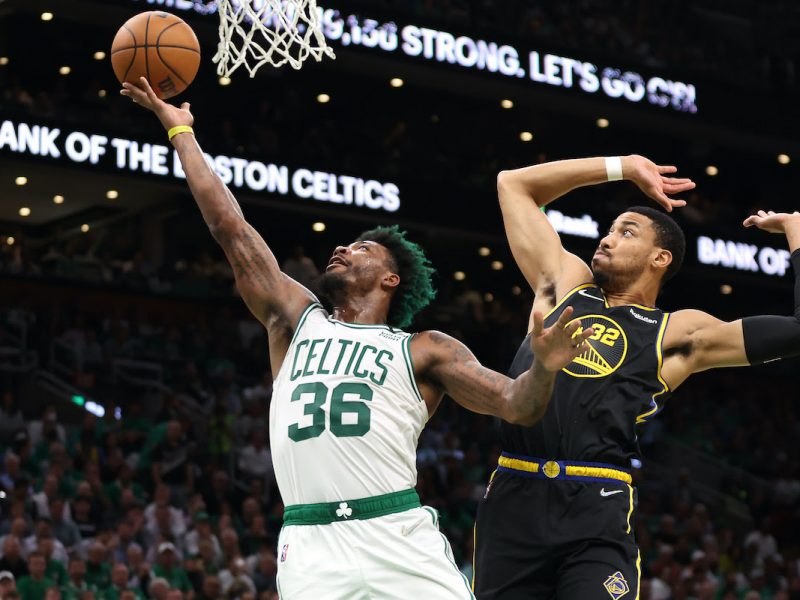 Another double-digit scoreline in the NBA Finals? All three games have been decided by double figures, and Game 3 belonged to Boston in the 4th quarter. The Celtics — after surrendering a 12-point halftime lead in the 3rd — bounced back to hold Golden State to just 11 points in the 4th. The Celtics trio of Jayson Tatum, Jaylen Brown and Marcus Smart all had 20-5-5 nights in a historic outing. Brown (27) did most of his damage in the first half with 22 before the break. Steph Curry (31) and Klay Thompson (25) were firing from 3-point land, but Draymond Green (2 points, 4 rebounds, 3 assists) was non-existent before fouling out. Game 3 belonged to Boston, and the series leans in favor of the Celtics. BOS Leads (2-1)

The Athletic: How the Celtics Defeated the Warriors in Game 3

SI: Inside the Celtics’ Dramatic Turnaround From Under .500 to NBA Finals