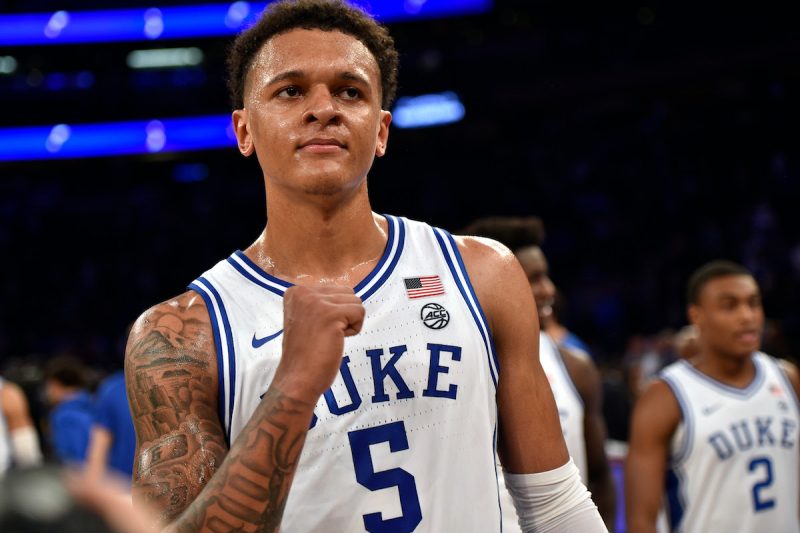 The college basketball season kicked off in a big way Tuesday night headlined by the 11th annual Champions Classic that featured a doubleheader with four of the biggest programs in the country. Here’s what went down in Madison Square Garden.

The first game of the night saw No. 3 Kansas take down Tom Izzo’s Michigan State 87-74. The Jayhawks opened the season last night without Jalen Wilson, who is currently serving a four-game suspension following a DUI arrest last week. Senior guard Ochai Agbaji picked up the slack for Kansas, going off for a career-high 29 points on an efficient 9/17 from the field. While he has always been an elite athlete, Abaji showed off a much more polished offensive game against the Spartans, which could be a huge addition for Kansas as they aim to win their first National Championship since 2008.

The main event featured a star-studded battle of the bluebloods as the Kentucky Wildcats took on the Duke Blue Devils in an intense matchup that featured five 2022 1st-round NBA draft prospects. Duke ended up taking the victory (79-71) as freshmen Trevor Keels (25 PTS, 2 AST) and Paolo Banchero (22 PTS, 7 REB) dominated in their first collegiate games. Banchero in particular surely left NBA scouts salivating as he showed off elite shot-creating ability, all while operating at the height of 6’10”.

ESPN: Surprises, Overreactions and Everything we Learned on Opening Night in Men’s college basketball