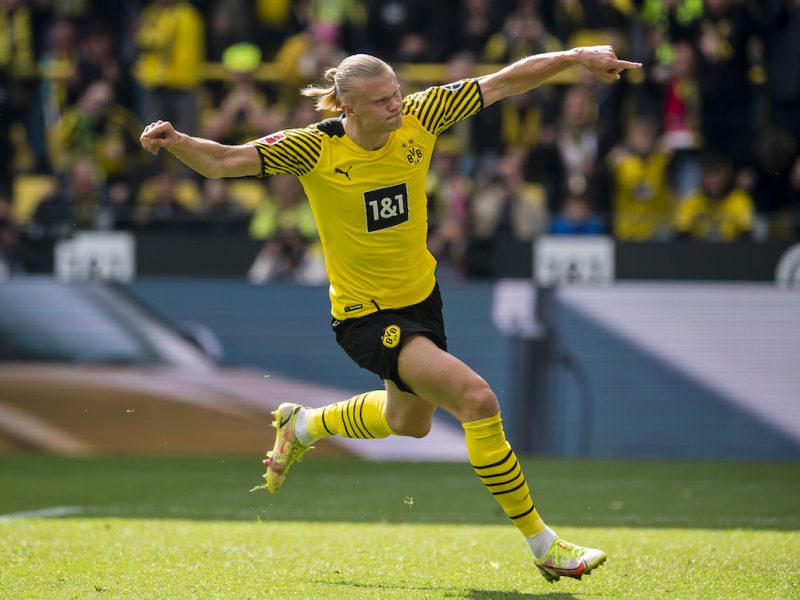 Pep Guardiola’s club has found their man! Manchester City announced an agreement in principle to sign 21-year-old phenom Erling Haaland from Borussia Dortmund on Tuesday. City will reportedly agree to pay the Norwegian’s £51.2 million release clause. He’ll move to Etihad Stadium on July 1 where he’ll sign a five-year deal and become one of the highest-paid players. City’s need for a striker has been the biggest weakness since Sergio Aguero left the club last year. La Liga powerhouses Real Madrid and Barcelona were also in talks with Haaland, but he ultimately chose City.

Haaland has been one of the most coveted young players in European soccer for the last few years after amassing 85 goals in 88 matches for Dortmund. The Premier League champs get the boot they desperately need, and Haaland joins the club his father, Alfie, played for from 2000-2003. City (86 pts) are in a dog fight with Liverpool (83 pts) for the EPL title once again, but Haaland’s boost could make them an undeniable dynasty in the years to come.

ESPN: The Staggering Numbers That Made Erling Haaland the World’s Most-Wanted Centre-Forward