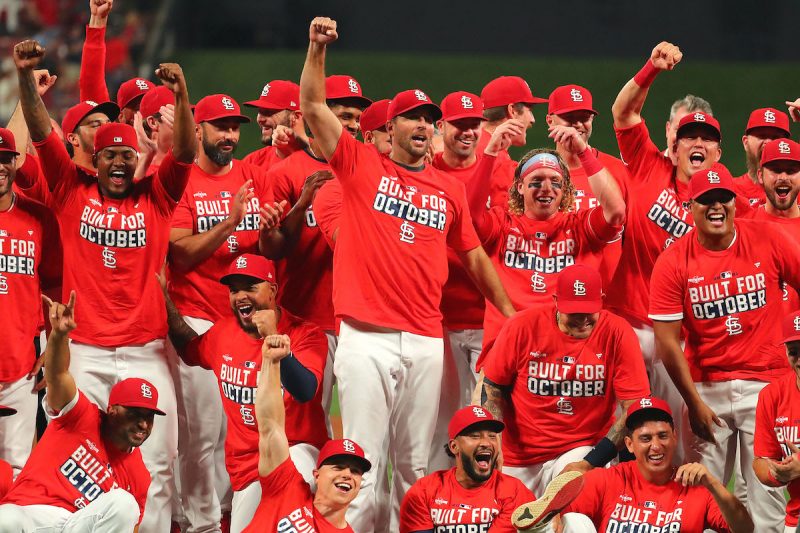 Another night, another win for the St. Louis Cardinals. The Cards beat the Brewers on Tuesday (6-2) behind a gem from pitcher Adam Wainwright and a pair of homers from Nolan Arenado and Jose Rondon. The team’s 17th straight win secured the National League’s second Wild Card spot. The MLB record for the longest win streak is 26 games (Giants, 1916). St. Louis is guaranteed five more regular season games and one playoff game, but they’ll need to sweep the NLDS to break the record. For now, it’s safe to say the ‘Birds on the Bat’ are the hottest team in baseball.

Yankees Streak Hits 7: The second longest win streak in the majors belongs to the Yankees after a 7-2 win over the Blue Jays. Giancarlo Stanton hit his 35th HR of the year. He now has 13 RBIs in the last four games while batting .529 during that span. New York now holds a two-game lead in the AL Wild Card race.

Astros Top Rays With Walk-Off: Houston took down Tampa Bay (4-3) with a dramatic finish Tuesday night thanks to back-to-back walks with the bases loaded in the 9th. The Astros flipped a 3-2 deficit into a 4-3 win to pull with one win of clinching the AL West.

Perez Takes HR Lead: The Royals may be out of the postseason, but Salvador Perez crushed his 47th home run of the season to take the lead in the HR race. He’s just one away from tying Kansas City’s single-season record. The Royals beat the Indians, 6-4.

Morton Spins 7 Scoreless: The Atlanta Braves brought their magic number to 3 thanks to a crucial 2-1 win over the Phillies in the NL East race. Pitcher Charlie Morton tossed seven scoreless innings in the victory. Atlanta has now won four straight, and they hold a three-game lead over Philly with six games to play.