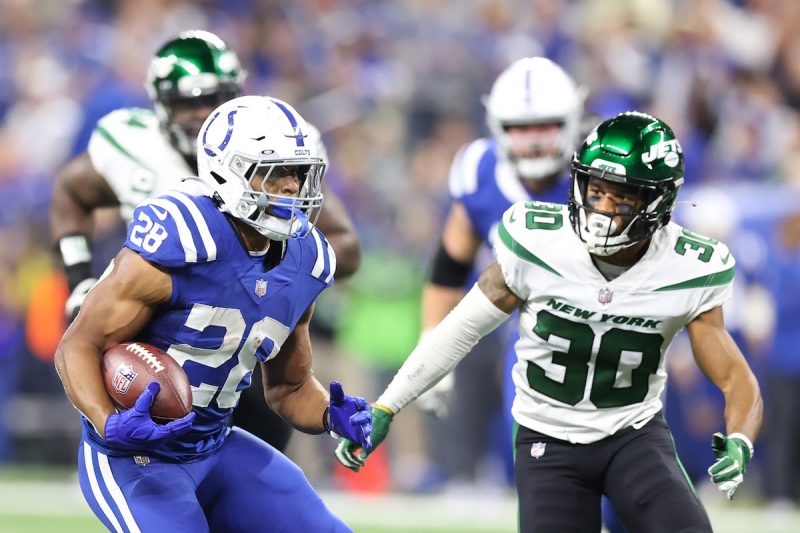 Week 9 kicked off with the Colts taking down the Jets on Thursday Night Football. The biggest story of the night was the Colts’ ground game, as they put up an NFL season-high 260 rushing yards. Jonathan Taylor provided the biggest bulk of the rushing, putting up 172 rushing yards and 2 touchdowns, including a 78 yard house call to put Indy up 42-10. Carson Wentz also followed up a disappointing performance against the Titans with an efficient night.

Heading into the game, all eyes were on backup quarterback Mike White, who made headlines last week after throwing for over 400 yards in place of the injured Zach Wilson during the Jets’ victory against the Bengals. It looked like he was on pace to have another promising start after throwing for a touchdown early, but he left the game in the second quarter with a forearm injury. Josh Johnson then came in and put up a valiant effort of his own, throwing for 317 yards and 3 touchdowns, marking the second straight week the Jets have had a stellar performance from their backup QB.