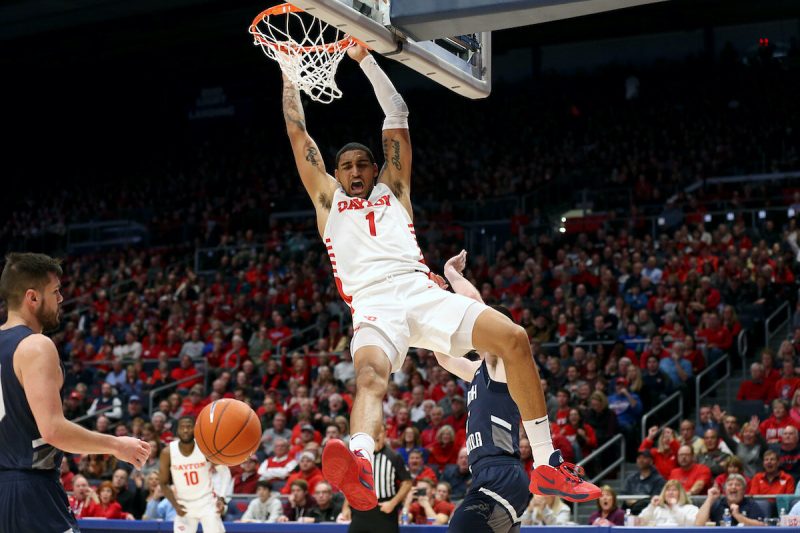 Twenty points. Five dunks. A Dayton men’s basketball record. Atlantic 10 history. Obi Toppin celebrated his 22nd birthday with a night to remember. If you haven’t seen Dayton’s high-flyer, you should. Pretty soon, you will.

Dayton basketball is an interesting study. The program’s history features 84 years as a successful independent, and 18 NCAA Tournament appearances, including a trip to the Final Four and a loss in the National Championship to UCLA in 1967. The other 17 tourney trips? Not so significant.

But the 2019-20 season has been a different story. A story that surprises no one inside Dayton Athletics, and surprises everyone outside the small corner of Southwest Ohio. It’s different because of the difference-maker, and his name is Obi Toppin.

Fittingly, it’s a high-flying dunker that might, nay, will be known as the greatest player in program history. The ‘Flyers’ nickname pays tribute to the town’s history; home of the Wright Brothers and the National Museum of the U.S. Air Force. But it’s Toppin who just took the Flyers into uncharted air space.

Here are some facts about the man poised for an NCAA Tournament takeover:

Obadiah “Obi” Toppin grew up in Brooklyn and lived with his mother and younger brother Jacob. Coincidentally, Jacob plays for Rhode Island — who the Flyers beat last night to make Atlantic 10 history — but we’ll get to that in a minute.

His father was a well-known streetball star in Brooklyn, and a high-flyer himself. Nicknamed “Dunkers Delight,” Obadiah Toppin Sr. played in the USBL, ABA, and in the Dominican Republic.

After his senior year of high school, Obi was overshadowed by the size of the talent pool coming out of New York City, and he didn’t receive a scholarship offer from a single Division I program. He opted for prep school to continue playing, and eventually earned a few looks from mid-majors. He chose Dayton and made head coach Anthony Grant look like a genius.

As a redshirt freshman last season, Toppin blew the Atlantic 10 away. He was named the A10 Rookie of the Year and First Team All-Conference — the first A10 player to boast those accolades since Lamar Odom (1999). He could’ve entered the NBA Draft, but he chose to return for a high-flying season that inevitably sent his draft stock soaring.

Because of Toppin’s Zion-like approach — a lot of dunks and high-percentage shots — the Flyers lead all NCAA teams in field-goal percentage (52.6%). And that’s a recipe for success in March.

To top it all off, 3rd-ranked Dayton beat Rhode Island last night to inch within one game of Atlantic 10 history as the fourth team to go unbeaten in conference play (27-2, 17-0). And against his younger brother, on his 22nd birthday, Obi dropped 20 with a fly-light reel of dunks you have to see believe. He’s dunked 100 times this season.

Suddenly, the host site of the NCAA Tournaments’ “First Four” for the last 20 years has shifted mindsets. The stunning UD Arena has welcomed the opening tip of March Madness since 2000, and Dayton has usually been a “First-Four caliber” team. Now, they’re a Final Four threat.

There’s a Midwest saying about March weather: “In like a lion, out like a lamb.” Doesn’t apply to basketball. Obi just brought Dayton into March like a lion, and he intends to leave March high flyin’… This is one underdog that plays above everybody.