Dolphins Down Ravens on TNF 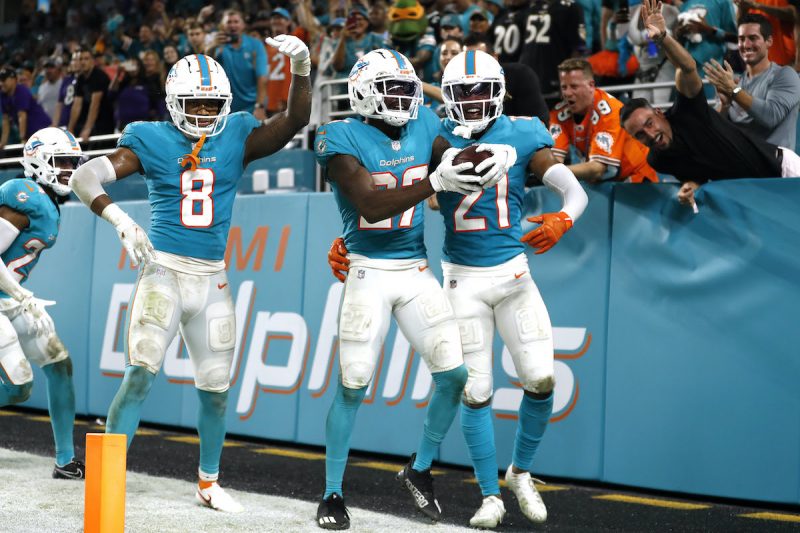 Week 10 kicked off with an upset on Thursday night, as the Dolphins (3-7) locked down the Ravens (6-3) en route to a 22-10 victory to mark their second straight win. Jacoby Brisset originally got the start for Miami due to Tua Tagovailoa, but left the game with a knee injury while taking a sack early in the third quarter. Tua then came in and gave a gutsy performance, throwing for an efficient 158 yards on 8/13 passing. He also iced the game down the stretch with a 64-yard completion to Albert Wilson that set up a 1-yard touchdown on a QB sneak to make it a two-score game with 1:53 remaining.

The biggest surprise was Baltimore’s offense, or lack thereof. Their 10 points last night was the lowest amount they’ve ever scored in a game with Lamar Jackson starting, and it came against the 30th ranked defense in the league. Jackson was visibly frustrated on the sidelines at points throughout the game, and for good reason. He was under constant pressure all night as Miami’s defensive pressure was simply too much for Baltimore’s O-Line, resulting in four sacks in the process.