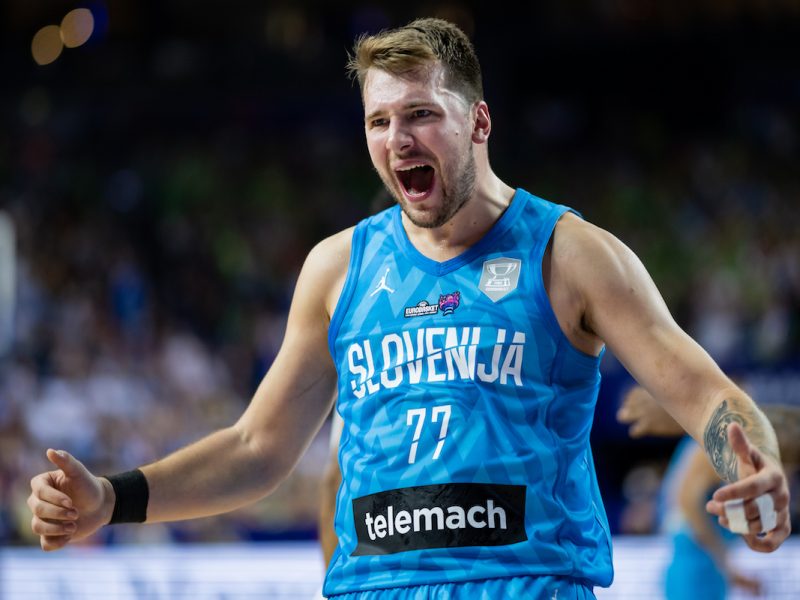 NBA Stars Are Showing Out in EuroBasket Tournament

The tides certainly are shifting in the NBA. For the first time in the league’s history, you could make a strong argument that the top three players in the world are European. That means we get to see more of the NBA’s biggest stars like Giannis Antetokounmpo, Nikola Jokic, and Luka Doncic light it up the Eurobasket tournament. While leading their teams to top seeds in group play, these three stars have all had monster performances to remind the world why they’re the best of the best. Keep in mind that basketball across the pond is generally more team-centric, at a slower pace, and only has 40 minutes in regulation. Those factors make the following that much more impressive.

The Joker’s performance against Israel was about as vintage as it gets. There was simply nobody that could guard him down on the block, which led to Israel picking their poison. When they tried to guard him one on one, Jokic used an endless amount of post hooks, runners, and step-throughs to score at will. When they sent double teams and tried to get the ball out of his hands, Jokic made the right read every time to find teammates wide open. While he may not have the prettiest play style, Nikola Jokic’s size and vision are too much for anybody to contain.

There is a reason that Shaq willingly passed down the torch of the nickname ‘superman’ to Giannis. Like Shaq, the Greek Freak has become the most unstoppable force of his era, and his 41 points against Ukraine is a perfect example. When he got a head of steam heading towards the rim, there was literally nothing that Ukraine could have done, as Antetokounmpo went through, around, and over any defender that was thrown his way. The scoring outburst on Tuesday was the most points in a Eurobasket game in 21 years. That was until Luka suited up the next day…

Luka magic is real. Performances like this against France remind us why Doncic is one of the best young players the game has ever seen. While he isn’t the most athletic, Luka’s supreme skill and footwork makes him wise beyond his years. And when the 23-year-old’s outside shot is falling like it was yesterday, he’s as tough of a cover as it gets. Just ask Rudy Gobert, who was victim to an absurd one-foot running three-pointer by Doncic. His 47 points are the second most in Eurobasket history, which should tell you how good this kid is.

Digg: Luka Doncic’s One-Handed 3-Pointer At The Buzzer Needs To Be Seen To Be Believed