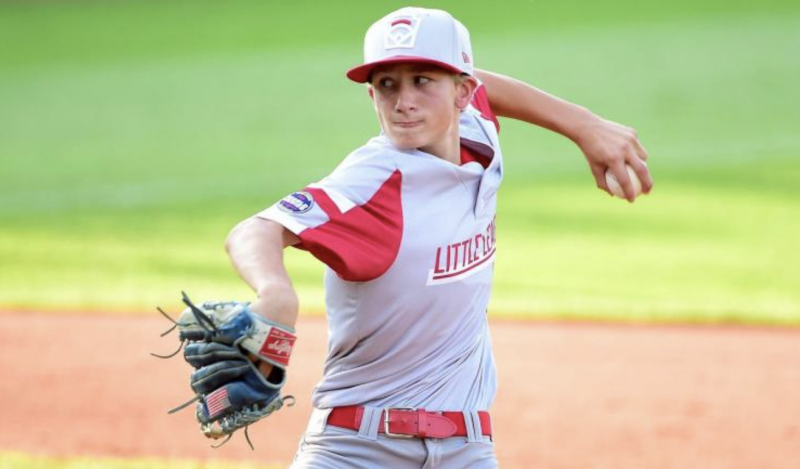 The Sioux Falls, SD Little League has been one of the biggest stories of this year’s Little League World Series, with much of the attention centered around ace pitcher Gavin Weir. Weir tossed 5 ⅔ innings no-hit ball in the team’s opening game against Louisiana before teammate Cason Mediger finished the combined no-hitter.

On Wednesday, in the team’s third game, Weir was back on the mound, and this time he did it all himself, throwing another no-hitter and striking out 14 as his team defeated California 1-0.

South Dakota (3-0) now advances to the Tom Seaver bracket championship, where they’ll play the winner of California-Ohio on Saturday. The winner of that game plays in the overall championship on Sunday. However, due to his pitch count and required rest, Weir will be ineligible to pitch in either of those games.

In the Hank Aaron bracket, Hawaii shut out Michigan 2-0 to advance to the finals, where they will play the winner of Michigan and Texas. The Little League World Series nears its final four, and the stakes ramp up in Williamsport.