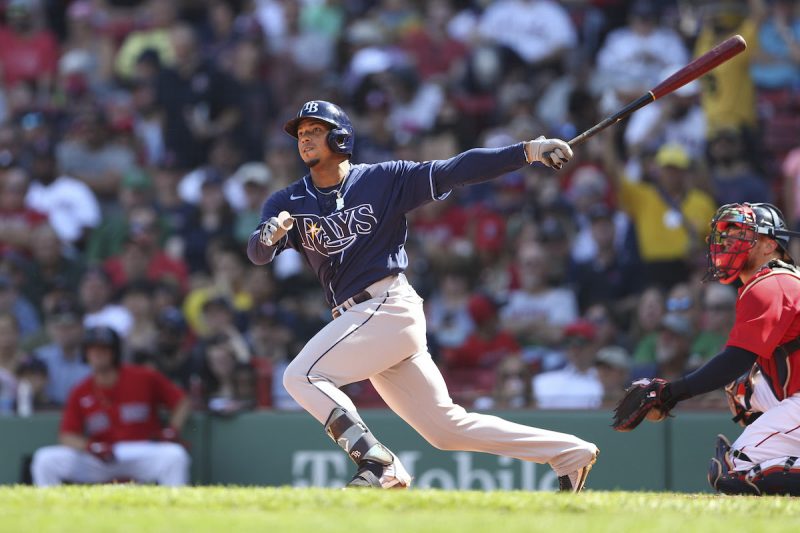 Another night, another milestone for Rays’ rookie Wander Franco. The 20-year-old shortstop took his first pitch of Monday’s game off the center-field wall and landed on third base to extend his on-base streak to 36 games. The longest streak in the majors continues to grow, and Franco has now tied Mickey Mantle for the most consecutive games with a base hit for any player under 21. The Rays won Monday’s showdown with the Red Sox (11-10, 10 innings). Franco can break the record tonight in Fenway.

Scherzer Ks 13: Max Scherzer boosted his Cy Young hopes with a 13-strikeout gem Monday against the Cardinals. The Dodgers’ right-hander allowed just one unearned run in eight innings of a 5-1 win.

Vlad Jr. Joins Father-Son 40 Club: Blue Jays’ slugger Vladimir Guerrero Jr. smashed his 40th home run of the season in Monday’s 8-0 win over the Yankees. In the process, Guerrero Jr. and his father joined Prince Fielder and Cecil Fielder as the only father-son duos to record 40 HR seasons.

Cubbies Comeback?: The Cubs reeled off their seventh straight win on Monday over the Reds (4-3) to post the longest win streak in the majors after seemingly dismantling their roster before the trade deadline. Chicago is now 64-75 and just nine games back of the NL wild card race.