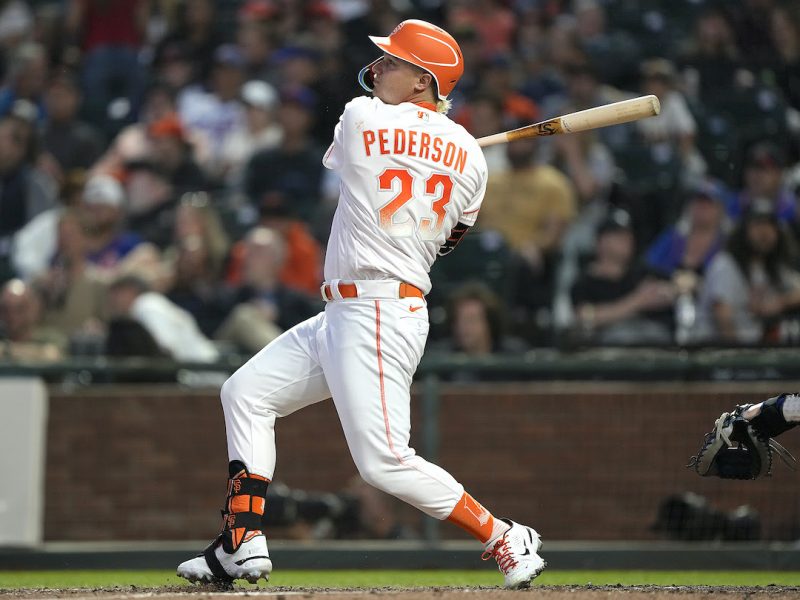 Game of the year? I’ll say so. The Giants and Mets combined for 25 runs in a 13-12 thriller (Giants win) that saw 15 runs in the final three innings. Joc Pederson (4-for-6) raked 3 home runs and 8 RBIs to lead the highlights. A seven-run 8th inning from the Mets sprung New York into the lead before Pederson’s third homer tied the game at 11-all. Francisco Lindor hit a triple to score the go-ahead run for the Mets (12-11), but the Giants weren’t done. Pederson singled to center to score the tying run before Brendan Crawford’s RBI single to left that scored Darin Ruf on a play at the plate. The win ended a five-game skid for the Giants, and the game of the year just took place in the Bay.

Contreras Calls Game: The Braves got a walk-off single from William Contreras that plated Ronald Acuna Jr. to beat the Phillies (6-5).

Yank’d Down the Line: Jose Trevino came through in the clutch to give the Yankees a walk-off single down the third-base line in the bottom of the 11th to beat the Orioles (7-6).

Betts Belts A Pair: To round out Tuesday’s top performances, Mookie Betts went 3-for-4 with two home runs in the Dodgers’ win over the Nationals (9-4).