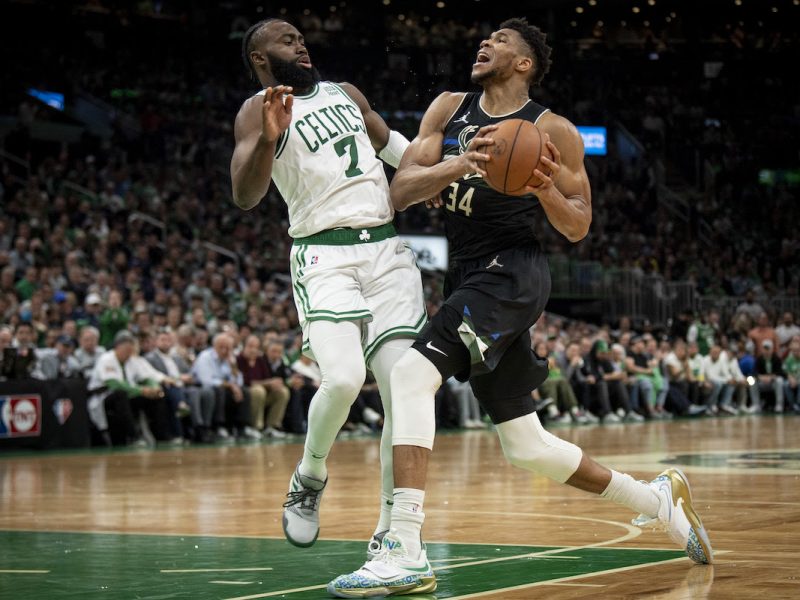 The defending champs needed a few big shots and a late rally to steal the swing game and push the Celtics to the brink on Wednesday in TD Garden. The Bucks trailed by double digits with under ten minutes to play on Wednesday before Giannis Antetokounmpo (40 points, 11 rebounds) and Jrue Holiday (24 points, 8 rebounds, 8 assists) took over. They hit back-to-back 3s in the final 90 seconds before Holiday blocked Jaylen Brown in the final seconds. Jayson Tatum’s 34 points weren’t enough in the end as Giannis overpowered Boston when it counted. The road win gave the Bucks a 3-2 series lead heading back to Milwaukee for Game 6. MIL Leads Series (3-2)

Don’t let the scoreline fool you. It was even worse… The Grizzlies topped the Warriors by 39 without Ja Morant on a night where they took Golden State to the woodshed. Memphis led by as many as 55 after putting up 117 through quarters. They let off the gas in the 4th after clearing the bench, but not before the trio of Jaren Jackson Jr., Tyus Jones and Desmond Bane all tallied 21 points. They hit 18 threes en route to the largest playoff win in franchise history. Even so, it’s back to San Francisco for another elimination game without Morant. GSW Leads Series (3-2)