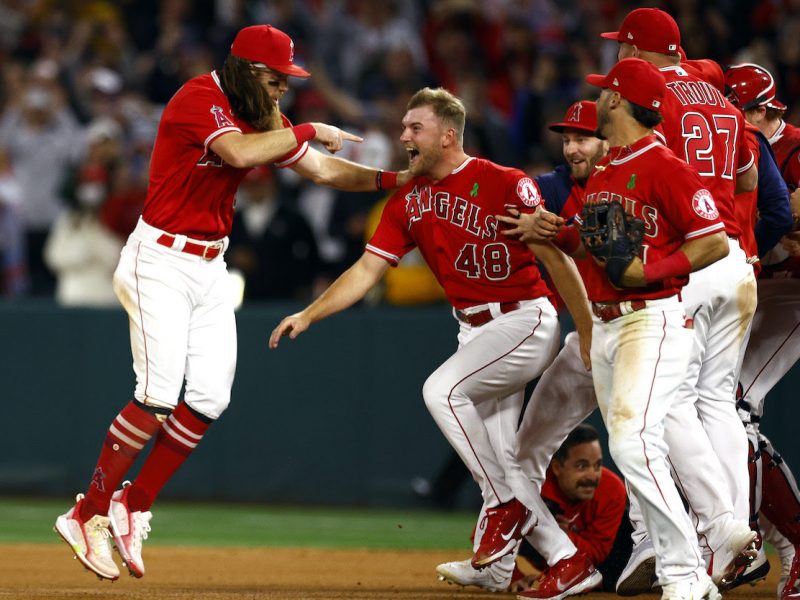 More history for the Halos! Just one night after Shohei Ohtani and Mike Trout ignited a home run fiesta, the Angels routed the Rays (12-0) with a piece of history on the mound. Lefty Reid Detmers pitched a no-no in just his 11th career start. Detmers only struck out two batters and allowed one walk, but he threw into 11 groundouts and eight flyouts. The 22-year-old became the youngest pitcher in Angels history to throw a no-no. He got Yandy Diaz to ground out to shortstop for the final out, and the celebration at Angel Stadium erupted. Detmers is the 12th Angels pitcher to throw a no-hitter — the youngest to ever do it — and the 25th rookie to achieve the feat in MLB history.

Verlander Flirts With No-No: The ageless Justin Verlander almost made it a double no-no night in the big leagues as he took his no-hit bid into the 8th inning against the Twins before Gio Urshela broke it with a single. The Astros won their eighth straight (5-0) behind Verlander’s gem.

Judge’s 1st Walk-Off HR: With the Yankees trailing the Blue Jays in the bottom of the 9th (5-3), Aaron Judge stepped to the plate with two on and smacked a three-run shot over the left-field wall for his first career walk-off HR (6-5).