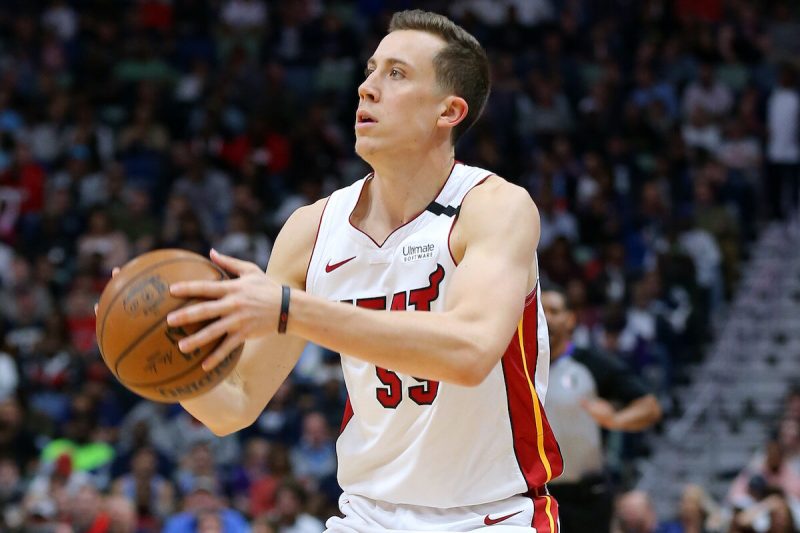 From Division III to NBA Records, The League’s Next Great Sharpshooter Has Arrived

The Miami Heat have stormed through the NBA Playoffs on the backs of a full-team effort like few we’ve seen before. A 12-2 record in the postseason — as a 5-seed — is quickly becoming one of the great stories of the sports restarts.

Among their squad of relentless defenders and selfless players is also one the best underdogs of the NBA season; Duncan Robinson. After playing Division III college basketball, he’s two wins away from playing in the NBA Finals. This is his story.

Robinson grew up playing ball in the Northeast, where he “wasn’t even a good high school player,” he told ESPN’s Ramona Shelbourne. A quick fact check proved him right — a 3.5 points-per-game average in 18 games his senior year. But Robinson was one thing; tall. The athletic 6-foot-7 wing received one college offer from Division III Williams College in Massachusetts. It was his only option to continue his playing career.

Even at Williams College, Robinson turned into a bucket-getter. He scored 17.1 points per game while shooting a ridiculous 45.3-percent clip from 3-point range. He found his niche in the game, and the game would eventually find him.

After his freshman breakout season, Robinson’s coach connected him to a coach at Michigan, and the Wolverines gave him a full scholarship. He’s reportedly the first-and-only Division III basketball player to play his way to a Division I scholarship. Talk about a one-year transformation.

But the move didn’t transform Robinson into a surefire NBA prospect. He was a solid player with the maize and blue, but his minutes dipped alongside his 3-point shooting in his three years in Ann Arbor. He averaged less than 10 points per game and went undrafted upon graduation in 2018. The Miami Heat signed him to a summer contract — their only “selection” in the 2018 draft class.

Through his play in the summer of 2018, he earned a two-year contract and became the first Division III player to enter the league since 1999 (Devean George, Lakers).

After a year in Miami’s development system, Robinson emerged this season as one of the biggest surprises in NBA history. He started in more than 90 percent of Miami’s games and torched the nets for 270 3s (44.6%) as he set records all yer long.

In his first trip the postseason, he’s knocked down 36 trifectas to rank fifth among all players in the playoffs. The Miami Heat are two games away from the NBA Finals, and Duncan Robinson — a former Division III athlete and undisputed Underdog — is a key reason why.