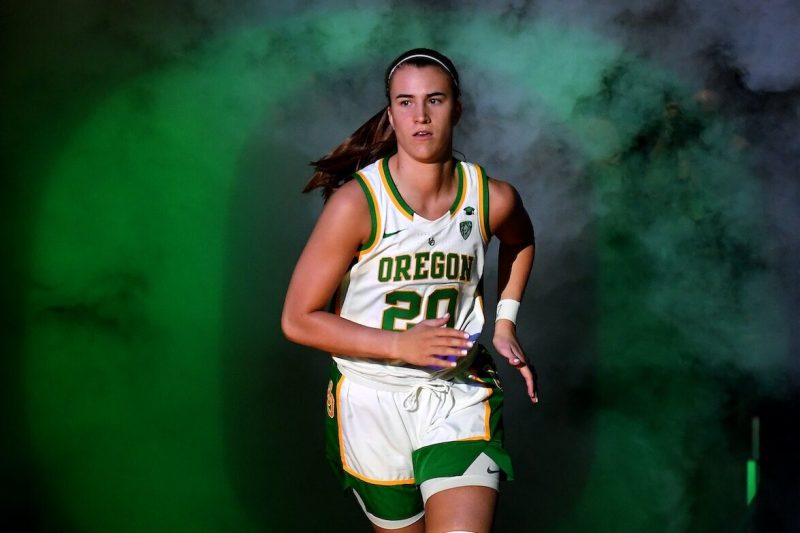 The Abrupt Conclusion to Sabrina Ionescu’s Historic Collegiate Career, And Others Like It

Oregon senior Sabrina Ionescu will be the undisputed No. 1 overall selection in this year’s WNBA Draft. She would’ve been last year, too. But unfinished business brought her back to Oregon for one more shot at an NCAA Championship…

The story of Ionescu begins in Walnut Creek, California. A lifelong bond with her twin brother Eddy was built on a love of basketball in the 1990s. Before that, her father, Dan, was a Romanian immigrant who fled the country in 1989 in hopes of political asylum in the United States.

The Ionescu twins grew to love the game by playing with other kids at a nearby park. They were an unstoppable duo in 2-on-2. They later separated when Sabrina committed to Oregon, but her college basketball story featured a supporting twin brother in the stands.

Ionescu is only 5-foot-10. She’s not the fastest player on the court, nor the greatest shooter. What she is, above all, is a nonstop stat-stuffing machine.

By her junior year, Sabrina broke the NCAA record (men’s or women’s) for triple-doubles — points, rebounds, and assists. She registered 13 such outings, passing Kyle Collinsworth (BYU) for the most ever (12). No other player in college basketball history has more than 10. But she wasn’t done.

The nickname “Triple-Double Queen” was given, and the insane stat lines kept coming. She ended college basketball with 26 triple-doubles, more than double anyone else, setting a seemingly unbreakable record.

To cap off her junior year, Sabrina led Oregon to its first Final Four in program history. The Ducks fell short, losing to the eventual champions from Baylor on April 5.

With the 2019 WNBA Draft just ten days away, Ionescu only had 24 hours before she had to declare, or not. It was a life-altering decision during an emotional moment for the No. 1 overall pick, and emotion won. Citing unfinished business, Ionescu announced her return to Oregon.

A 31-2 record, including a 19-game win streak, and eight more triple-doubles for Ionescu had the Ducks eyeing a No. 1 seed in the NCAA Women’s Tournament. After losing her idol and best friend in Kobe Bryant, she dedicated her season, and a tournament run, to Kobe. Then, it happened.

Athletes everywhere just like Sabrina suffered lost seasons. Across all sports, there were similar disappointing ends to collegiate careers. No resolution. Hard work vanished with little reward. None of them have identical stories, but Ionescu is the epitome of heartbreak in the 2020 COVID-19 cancellation of collegiate sports. Her story encapsulates the journeys of so many, but unlike the masses, she could’ve went pro almost 12 months ago. She came back to Oregon for the joy of competition, for her teammates, and the allure of college sports’ grandest stage — the NCAA Final Four.

Winning produces joy. Losing produces tears. The ups and downs of a season produce everything in between. The only constant in sports is emotion itself. And right now, for college athletes everywhere, that emotion is heartbreak.

On Monday, Ionescu won the AP Player of the Year award, becoming the second-ever unanimous Player of the Year selection. Her collegiate dynasty and rewriting of the history books make her one of college basketball’s greatest ever, men or women. Yet, she leaves college sports unfulfilled…

I’m rooting for this Underdog to raise a banner in the WNBA. Ionescu’s dynasty that never was deserves a second chapter.