Keeper of a Generation 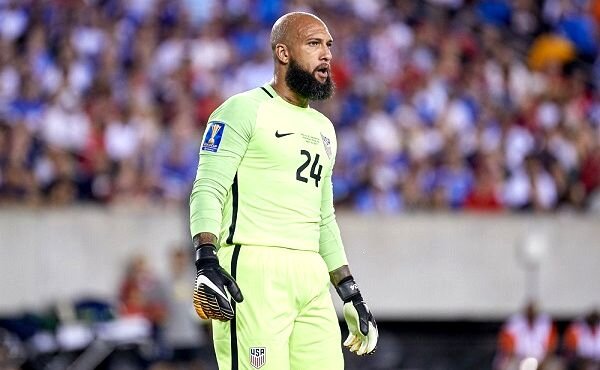 Tim Howard: An underdog in net and an inspiration to millions

For 22 years, Tim Howard strapped on his gloves, laced up his cleats, planted his heels on the end line, and made millions of U.S. Soccer fans believe in something special. His legendary career was almost over before it began. Once it started, it was like a rocket on frame, impossible to stop, unless you’re Tim Howard.

Like many of The Underdog features, Howard grew up in a single-parent home. His father was a long-distance truck driver who left before Tim could even remember. His parents got divorced when he was three years old, and his mother struggled to support him and his brother.

Before Howard was a teenager, he was diagnosed with Tourette syndrome and OCD. To this day, Howard is labeled as the most notable figure living with Tourette’s, and he talks openly about its effect on his life. It could’ve halted one of the great sports careers of the 21st century, but nothing beats Tim Howard.

“From as early as I can remember, football was always the great equalizer. By now, everyone knows I have obsessive-compulsive disorder and Tourette’s syndrome. It hasn’t been easy. But on the pitch, nobody cared. My facial tics, the coughing, none of it mattered as long as I stopped the ball from ending up in the back of my net. The field was a place where I felt free to be myself. It was a safe haven. And the greatest medicine I could have ever had.” – Tim Howard

Even if you don’t follow soccer, you surely know him as the face of a position with unmatched pressure at the national level. For more than a decade, that man – the keeper of the United States with the weight of a nation in World Cup moments – was Tim Howard.

After sprouting into a teenage superstar through the U.S. Olympic Program, Howard’s career began in his home state of New Jersey with the North Jersey Imperials of the USISL in 1997. He played his first professional match before graduating high school, and the pressure began to build.

A year later, Howard was brought to the MLS, and he earned the MLS Goalkeeper of the Year award in 2001 after making 146 saves.

Most notably, Howard earned 121 caps for the USMNT over the years, tallying the most appearances for country by a keeper in U.S. history. And in 2014, he earned legend status with an internet takeover the world will never forget.

Even in a loss to Belgium in the 2014 World Cup, Howard’s World Cup-record 15 saves sparked the #ThingsTimHowardCouldSave meme (MLS) that captivated the country for multiple days. (Click to go back five years in time and relive the laughs)

The end of Howard’s career brought him back to the MLS with a chance to step away on his own terms. He leaves the sport at the age of 40, but he also leaves a legacy on U.S. soccer that rivals the pressures of playing keeper — unmatched.

Just a kid from Jersey, marred by challenges, who became the best American to ever stand in net.

One keeper of a generation.

“Thank you, football. You taught this complicated boy from a single-parent home in North Jersey to dream big, believe in himself and never give up, no matter the challenge.”

ESPN: Tim Howard: A Final Goodbye to my Fans