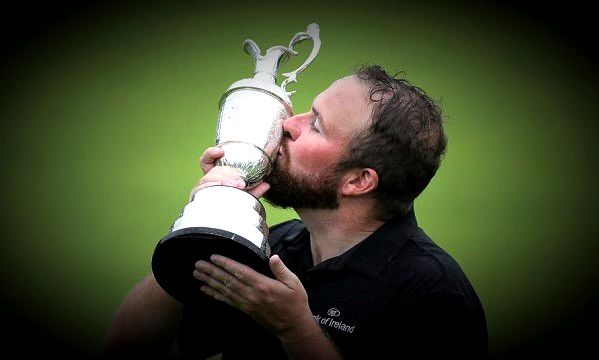 When Europe’s premier golf tournament moved to Northern Ireland, it was Rory McIlroy – the Northern Irish son – who could play hometown hero. That storyline didn’t come to fruition.

Instead, it was a man with far fewer accolades, if any, who swiped the Claret Jug. Call it Irish luck. Call it a homecoming. Call it destiny. Whatever you want to call it, it was an Irishman with 105-1 odds storming the castle – the Irish are known for their castles – and a perfect storm, it was.

Today, Lowry ranks No. 17 in world golf rankings, and that’s the highest the 32-year-old has ever climbed. But this isn’t just an ascension to new heights, it’s an awakening. He was once the No. 168 ranked golfer in the world, and he began the year at No. 75 less than seven months ago. Prime Shane Lowry is still coming…

In more than a decade on the PGA Tour and European Tour, Lowry claimed just six wins before Sunday – seriously, six wins in hundreds of events. None of them were majors, and he hadn’t won an event from 2015 to 2018.

A 2009 Irish Open win as an amateur launched Lowry to the pro level, and a 2015 win at the WGC-Bridestone Invitational was a quality achievement on the PGA Tour. Lowry claimed other minor events on the European Tour throughout the last decade, too.

The Irish enigma had blended into the background of golf, but he had come close to winning a major earlier in his career, twice. He finished runner-up in both the PGA Championship (2014) and the U.S. Open (2016).

Despite a somewhat unremarkable run of luck where notable victories were scarce, his 2019 pace is now turning heads.

Lowry’s weekend triumph was a Sunday stroll through Royal Portrush in Northern Ireland, just three hours north of his childhood home in Clara County, Ireland. Though separated by an invisible divide, the victory of an Irish son – and a six-stroke victory at that – united an island.

Sports are special, and golf is just different. It’s a rare opportunity where a 32-year-old, middle-of-the-pack golfer can emerge from the high heather like the king of a country. He started this golf dream more than 20 years ago in Ireland, claimed his first major on the same land, and his best years of golf might still be ahead.

The country will never forget when Shane Lowry, 105-1 underdog, won the first Irish major in 68 years.