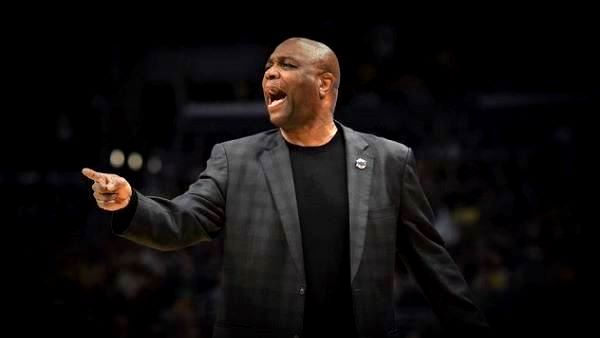 Florida State’s head coach defeated poverty, racism, and opponents for 70 years, but there’s one thing missing in his legacy.

Eight people. Two bedrooms. No running water, indoor plumbing, or air conditioning. That was Leonard Hamilton’s childhood home in a segregated town in North Carolina. His skin color would pose challenges, but his personality made people color blind.

The oldest of six, Hamilton became the first person in his family to go to college. Like many in his situation, basketball was his ticket out. He never expected that scholarship would lead to a master’s degree and a life of coaching for 44 years.

He was the only black player at UT-Martin when he arrived on campus in 1969; just two hours north of Memphis where Martin Luther King Jr. was killed the year before. Many of Hamilton’s teammates had never shared the court with a black player, but he quickly won them over with his personality, kindness, and charm.

After college, he stepped into an assistant coaching position at Austin Peay. When head coach Lake Kelly began to field offers from other schools, Hamilton approached the Athletic Director about the head coaching position. There were no black coaches in the Ohio Valley Conference in 1974, and Hamilton wasn’t even considered.

“To think that I’m going to be a head coach when there were no black head coaches hardly anywhere. I hadn’t even thought about being black. I felt I could get the job done. Every time I think about it, it does something to me. That cut my guts out.” – Leonard Hamilton (in an interview with ESPN)

After thinking he and his personality could break any barrier, Hamilton was defeated. He gave up on coaching and returned to North Carolina for a sales job. A week later, he received a call from Kentucky head coach Joe B. Hall. He quit that job and spent 12 seasons as an assistant with the Wildcats, and he’s been a coach ever since.

In 1986, he won the head coaching job at Oklahoma State and took the Cowboys from an 8-20 record to back-to-back winning seasons.

Hamilton’s next stop would likely be his last. In 2002, he stepped foot in Tallahassee, and he stayed for 17 years. The first three seasons at Florida State were a grind, and Hamilton’s Seminoles went just 45-48. Since then, it’s been 14 consecutive winning seasons with seven NCAA Tournament appearances. The only ACC teams with better records since 2005 are Duke and Carolina.

His program’s consistency in a talent-rich conference like the ACC is remarkable, but one thing is still missing.

Despite 44 years of coaching experience, the 70-year-old Hamilton has never reached the Final Four. His only Elite Eight trip was last season, and 9-seeded Florida State had their Cinderella story overshadowed by Loyola Chicago.

More than 80 percent of Florida State’s roster returned this year. If it weren’t for a top-heavy ACC that included three No. 1 seeds – a first in NCAA Tourney history – the Seminoles might be a 1 or 2 seed. They boast the deepest team in the nation with 11 formidable contributors, including five guards who could start on most other teams, a 7-foot-4 presence in Christ Koumadje, and the best sixth man in the country in Mfiondu Kabengele – Dikembe Mutombo’s nephew (look for the finger wag).

You’ll hear the talk about Florida State’s depth and experience before they play Gonzaga on Thursday, but the scariest thing about this 4-seed is a 70-year-old coach in search of that final feather in his coaching cap… just like the FSU logo itself.

If you want an Underdog in a super chalky Sweet 16, don’t fixate on seeds. Look to a coach with a remarkable story that’s not yet finished. Maybe that last chapter, the one with a Final Four, gets written this weekend.