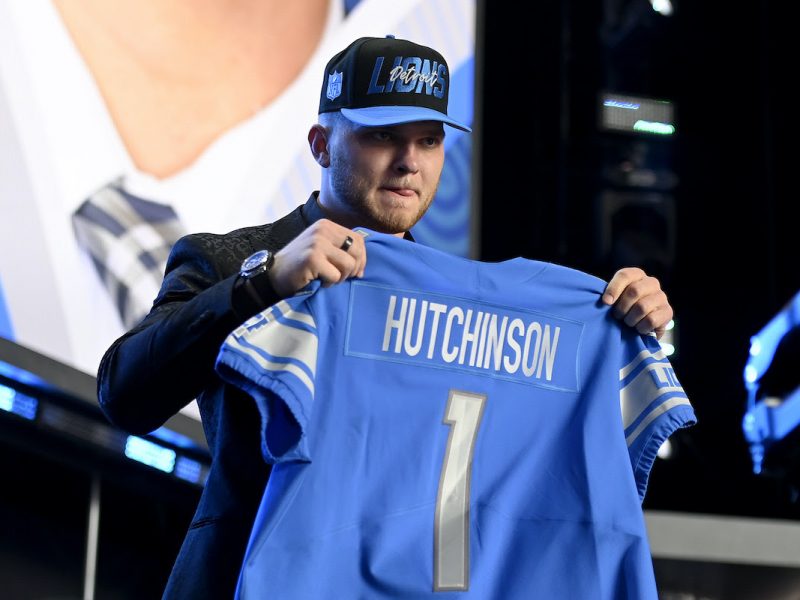 The 2022 NFL Draft is in the books. This was a different year than most with few quarterbacks at the top and a lot of speculation about the potential productivity in first-round talent. “Boom or Bust?” Is a fun game, but this year’s guesswork is particularly intriguing. Here are seven players I tracked throughout the draft process as dynamite talents or potential duds. I’ll end up wrong — as we all are — and until we see the product on the field, no one knows. Four guys in this year’s draft have Hall of Fame-level talent while three players surprised me as high picks. Four booms, three busts, and every player in between escapes my analytics for the time being.

My favorite player in the 2022 NFL Draft was a corner that has no ceiling. I think “Sting” will be one of the greatest corners to ever play the game. He’s lock-down on all levels, and the AFC South will have trouble freeing up their top wideouts for years to come. Stingley Jr. logged six INTs in his freshman year at LSU before playing just 10 games in 2020 and 2021 due to injuries. His tape speaks for itself, though. If there’s a boom, it’s “Sting.” Boom Meter: 9

I had Thibodeaux as the edge rusher with the highest potential in this year’s class even though Travon Walker and Aidan Hutchinson went 1-2. Thibodeaux’s 6-foot-5, 250-pound frame coupled with his freakish athleticism will let him wreak havoc on the NFC East anytime he doesn’t get double-teamed. He’s a blocker’s nightmare. The top recruit in 2019 logged 126 tackles and 19 sacks in three seasons, but his NFL ceiling is as high as it gets. Booom Meter: 9

The safest pick of the draft came at No. 2 with Michigan pass-rusher Aidan Hutchinson staying in-state. The Lions got their guy who should be a perennial pro bowler. The anchor of the UM defense had 156 tackles with 17.5 sacks in less than three complete seasons. He was a Heisman Trophy finalist — at defensive end, no less — and he’s the surest boom of the draft. I was shocked he didn’t go No. 1 overall. And I think Jacksonville will regret it in the future. Boom Meter: 7

Detroit did it again. Listen, people can scoff at the fact the Lions moved up 20 picks in the first round, but Detroit hit Round 1 out of the park. Williams has route-running royalty similar to the Alabama receiver who won the Heisman Trophy before him — DeVonta Smith. His top-end speed and brilliant pass-catching instantly make him the Lions’ No. 1 target on offense. If they can get a sufficient passer to deliver the ball — and maybe QB Jared Goff is that guy — Williams can have a rookie similar on par with Bengals WR Ja’Marr Chase in 2021. Boom Meter: 6

I’m still scratching at my head over what happened with the No. 1 overall pick. Walker is a top-tier talent, but he wasn’t even the most productive player on his own defensive line. The Jags reportedly liked him more than Aidan Hutchinson — which baffles me — but I saw Stingley Jr. Sauce Gardner and Thibodeaux as prospects with even higher ceilings and less risk. Jacksonville made calls to trade the top pick but couldn’t find a deal, and that should tell you that the Jags’ front office wasn’t 100 percent confident. Bust Meter: 8

I liked Drake London’s ball skills and think he could be a great receiver at the next level, but nothing about his game screamed “top-10 pick” in my mind. The Falcons needed a receiver, but I saw four wideout options better than London at No. 8. I doubt he’ll be a true “bust” by any stretch — he’ll still have productivity — but Atlanta’s transition period might delay his progress. I think he’ll become a top-10 pick who slides into a roll as a middle-of-the-round wideout. Bust Meter: 7

Here’s where things get tricky. The Steelers needed a quarterback, and the fact that Pickett — the hometown kid — was still available at No. 20 made it a no-brainer. I preferred QB Malik Willis for his upside, but Pickett is a plug-n-play quarterback in Year 1. He’s just going to become a 300-yard-per-game passer who picks apart defenses and wows you with his talent. Is he the future Ben Roethlisberger who takes the Steelers back to the Super Bowl? I doubt it. I think Pickett will be an average game manager for a few years before the Steelers move on and we forget about him as a former first-round pick. Bust Meter: 5

I could “Boom or Bust?” every player in the first round, but these seven top picks could swing the pendulum further than the rest. Now, let’s grade the picks after three days of draft fun…

After watching three days of draft coverage and analyzing each team, I’ve got thoughts. The grading process isn’t a full-proof system as some teams simply didn’t make a splash on draft weekends. Others had plenty of draft capital to earn higher grades. At the end of it all, it’s just conjecture, but here’s where I have each team’s draft weekend grades based on number of picks, pick value and a collection of grades from various sites.