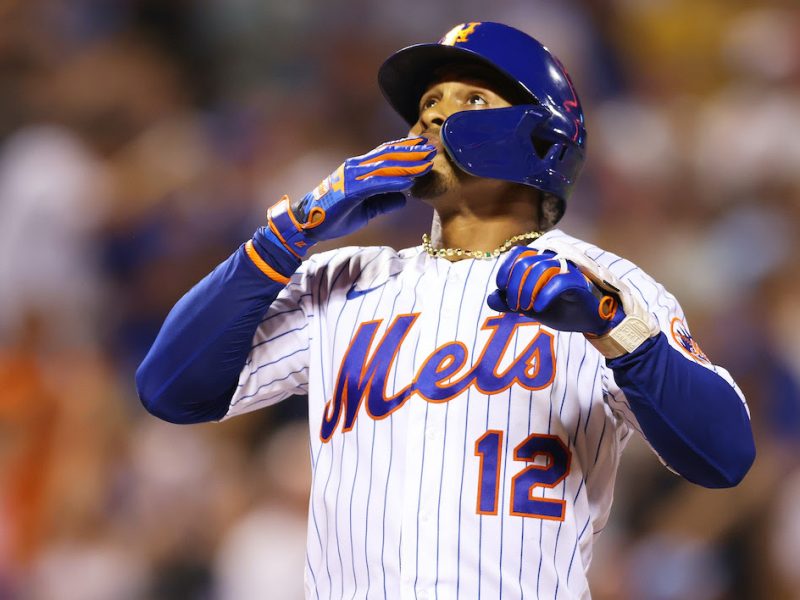 The Mets get today’s baseball spotlight with a 10-2 shellacking against the Reds to complete the series sweep at Citi Field. Francisco Lindor has come on strong late in the season by scoring a run in 13 consecutive games, and that’s a beautiful sight for Mets fans. Lindor sparked the offense on Wednesday with his 20th home run. He also added two RBIs to give him 81 on the season, tying the franchise record for RBIs by a shortstop. With the Mets’ latest win streak at six, they’re 20-6 in the last month and catching fire at the right time.

Grissom’s Braves Debut: Braves newcomer Vaughn Grissom got called up and made history in his debut. He hit a home run and went 2-for-4 in the Braves’ 8-4 win over the Red Sox.

Padres Power 13 Runs: It took awhile for the new-look Padres to put the pieces together after winning the trade deadline, but they’re clicking now. San Diego hung 13 rungs on the Giants Wednesday in a 13-7 win.

Phillies Win 7th Straight: The Phillies rallied after Marlins’ ace Sandy Alcantara held them down through seven innings. A trio of RBI punches in the 8th inning led to Philly’s seventh straight win (4-3).

Dodgers Win 10th Straight: The Dodgers extended their win streak to 10 with a win over the Twins (8-5) behind Joey Gallo’s three-run blast.