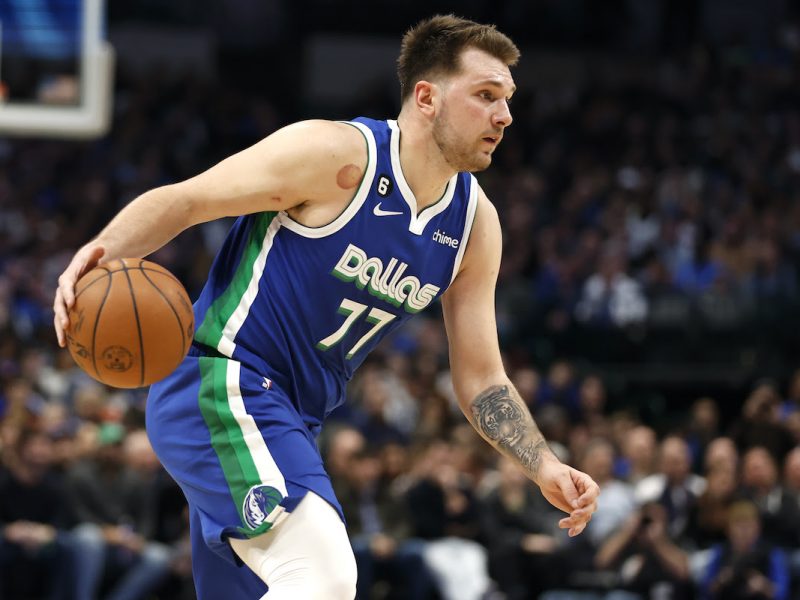 A full slate of holiday hoops saw plenty of big performances across the NBA these last few weeks, but none were more eye-popping than Luka Doncic’s 45 PPG average over five games of the Mavericks’ six-game win streak. Doncic had three — count ‘em, three! — 50-point games, including a never-seen-before 60-21-10 night in a win over the Knicks. Doncic’s 228 points over five games makes him the first player in NBA history to record at least 225 points, 50 rebounds, and 50 assists in a five-game span. And he shot above 55 percent in the process. Here’s the Luka holiday reel (enjoy).

Nets Streak Hits 11: After a tumultuous start to the 2022 season, the Brooklyn Nets are entering 2023 as the hottest team in the NBA. The Nets won their 11th straight game on Saturday over the Hornets (123-106). They’re now just 1.5 games back of the Celtics for the top spot in the East.

Dubs Dominating at Home: The Warriors are back above .500 after a four-game home win streak over the last week, including narrow wins over the Jazz and Blazers. That home stand continues tonight against the Hawks.

Throwback Birthday ‘Bron: Among the standout performances from the holidays was LeBron James’ season-high 47-10-9 night in the Lakers’ win over the Hawks last Friday (130-121) — on his 38th birthday no less. It was the third-highest point total for a player 38 years or older. He even predicted a 40-point night before the game.