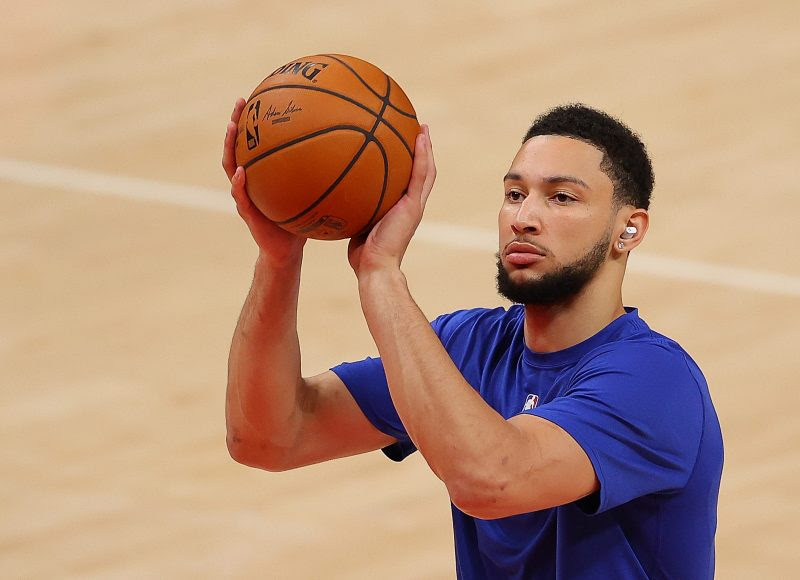 When February comes around on the calendar, it usually means that a few major trades are brewing. The annual trade deadline puts pressure on general managers across the league to either shake things up or stand pat with the roster they have. This year’s trade market is an interesting one that has certain teams with assets looking to make a splash, while other teams with bigger names have struggled to move their stars for various reasons.

With a little more than a week to go before the deadline, here’s a look at the players and teams to keep an eye on in the coming days.

After trading Cam Reddish to the Knicks a few weeks ago, don’t be surprised if the Hawks make more moves, as it was recently reported that ‘everyone’ but Trae Young and Clint Capela are available for the right price. Atlanta has regressed greatly from last year’s Conference Finals run and is currently on the outside of the playoff picture at the 12 seed.

John Collins signed a 5-year deal with the Hawks this past offseason, but it’s been reported that the forward has grown frustrated with the team’s offensive style, and has butted heads with star point guard Trae Young. This could lead to Collins being potentially the biggest name on the trade market, as plenty of teams around the league would love to add an elite lob threat who can also space the floor.

The reported asking price for Collins is just a quality starting-level player and a first-round pick, which is pennies on the dollar for someone currently averaging 16 points and 8 rebounds a night on 40% from three. Currently, the Mavericks, Spurs, 76ers, and Celtics have shown

Injuries Holding up the Pacers’ Plans

Back in December, the Pacers looked like they were finally hitting the reset button and made Caris LeVert, Myles Turner and Domantas Sabonis available for trade in an effort to begin a rebuild. But that hasn’t gone quite as planned. Turner was sidelined with a foot injury on January 16th, and Sabonis went down due to a severe ankle sprain just a few games later. These injuries have thrown a wrench in Indy’s plans and could possibly lead to Turner and Sabonis staying put for the rest of the season.

But regarding Caris LeVert, the Pacers are looking for multiple first-round picks in exchange for him, which seems to be higher than his market value. So instead of being one of the biggest sellers this deadline, Indiana very well may be staying put.

What are the Celtics Going to do?

Despite having two of the top young wings in the league in Jaylen Brown and Jayson Tatum, Boston has been nothing more than a borderline .500 team these last couple of years, which is why the Celtics have reportedly been one of the most active teams on the trade market thus far. With multiple assets at his disposal, the biggest question is what are Brad Stevens’ intentions?

In an effort to get under the luxury tax threshold, the Celtics are likely to try and do everything they can to ship off Dennis Schroder, who is on a one-year rental deal and will likely be impossible to re-sign in the coming offseason. While finding a potential suitor for him is still a work in progress, he’s the obvious trade piece that is all but certain to be dealt very soon.

But if Boston wants to get ambitious and make major changes to their roster, there have been rumors that they could potentially be willing to part with Marcus Smart, who has been linked to the Dallas Mavericks, or could be used in a potential deal for the aforementioned John Collins. As the vocal leader of this primarily laid-back Celtics team, moving Marcus Smart would surely be a culture shock to the franchise, as he is the longest tenured member of the team. But with them being stuck in mediocrity these last two seasons, the Boston front office seems ready for some potentially major changes.

While it seemed like a Ben Simmons trade was imminent after he told the Sixers he was holding out until he received a fresh start elsewhere, it looks like we’re going to have to wait until the offseason to see where he ends up.

Philly general manager Darryl Morey has been adamantly clear that he will not be trading Simmons unless he receives a hefty package including a star player. It’s been reported that the Sixers had offers from the Kings and Pistons that could have landed them either De’Aaron Fox or Jerami Grant, but even they weren’t enough. Now, the rumor is that Morey is eyeing upcoming free agent James Harden, and will likely use Simmons to try and work out a sign-and-trade with Brooklyn.

So even though we likely won’t see Ben Simmons on a new team this season, definitely be on the lookout for a Harden-Simmons swap this offseason.

A Potential Goldmine in Sacramento

Despite having talent across the board, the Sacramento Kings have been underwhelming this season, as they’re currently on pace to miss the playoffs for a sixteenth straight season. And after a recent 53-point loss to the Boston Celtics, it makes sense that the Kings are a lock to be one of the most active teams this deadline. Even though they recently took De’Aaron Fox out of trade talks, there are still plenty of quality players that could be important additions to plenty of teams across the league.

Harrison Barnes having a career-year from downtown (41.1% on 5 attempts a game), and has garnered interest from the Utah Jazz. Buddy Hield and Richaun Holmes have also both been made available by the team as well.

The wild card in Sacramento is Marvin Bagley, who has been butting heads with the franchise since he was drafted to the team four years ago. While he isn’t explicitly available like Barnes, Holmes, or Hield, he is a restricted free agent this summer who is likely to sign an offer sheet elsewhere. Even though he hasn’t lived up to his star potential just yet, other teams may be able to get him for a great price if the Kings really want to sell.

The Pickle in Los Angeles

The Lakers are in a great deal of trouble. Their Russell Westbrook experiment has not panned out as envisioned, as they sit at the bottom of the playoff picture, a far cry from the championship expectations they had coming into the season. Rob Pelinka is trying to make some much-needed changes to this roster, but the problem is he doesn’t have much to work with.

Los Angeles traded all of its depth away in the Westbrook trade last summer, taking on his massive contract north of $40 million a year. Unfortunately, he hasn’t lived up to expectations thus far, as his fit with the team has been downright awkward. But a combination of his subpar play and massive contract has made him almost untradeable, leaving the Lakers stuck with him.

On top of that, their only young prospect, Talen Horton-Tucker, hasn’t progressed this season which has caused his value to drop as well. They’ve been shopping him around the league trying to get a piece in return that will help them compete, but teams don’t have much interest in him.

With the rest of the roster outside of LeBron and AD consisting of players who signed for the veteran minimum due to salary cap restraints, there isn’t very much that the Lakers can do right now, despite being in desperate need of a facelift.