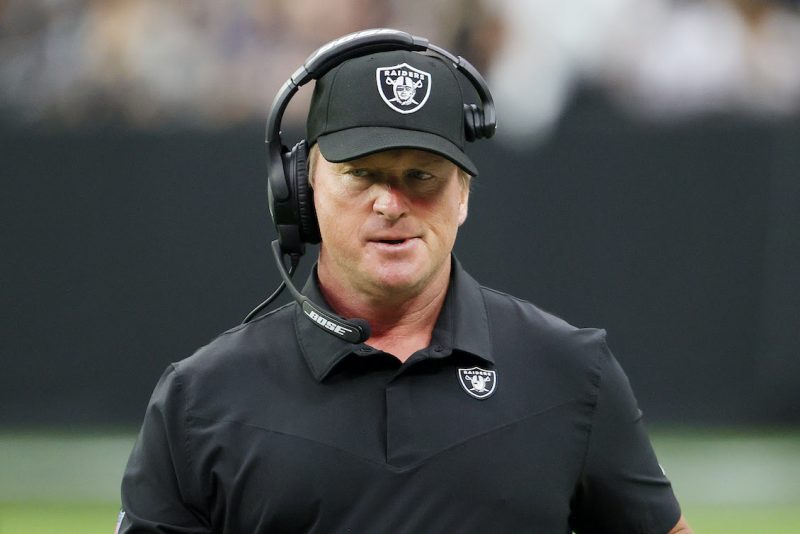 What started as one email from 2011 quickly turned into a career-ending week for Raiders head coach Jon Gruden. The New York Times released a report that showed multiple emails over a seven-year period that included misogynistic, racial and anti-gay language. Las Vegas team owner Al Davis reportedly met with Gruden on Monday following the release, and Gruden resigned a few hours later.

“I love the Raiders and do not want to be a distraction. Thank you to all the players, coaches, staff, and fans of Raider Nation. I’m sorry, I never meant to hurt anyone.” — Jon Gruden

The Undefeated: Jon Gruden is Gone, Now the NFL Should Get Rid of Those Enablers

Lamar Jackson and the Baltimore Ravens stole the show on Monday Night Football with a 22-point, second-half comeback against the Colts before a game-winning TD in overtime (31-25, OT). Jackson was spectacular, completing 37-of-43 passes for 442 yards and 4 TDs. He also scampered for 62 yards on the ground. The Ravens (4-1) have won four straight games to stand alone atop the AFC North.