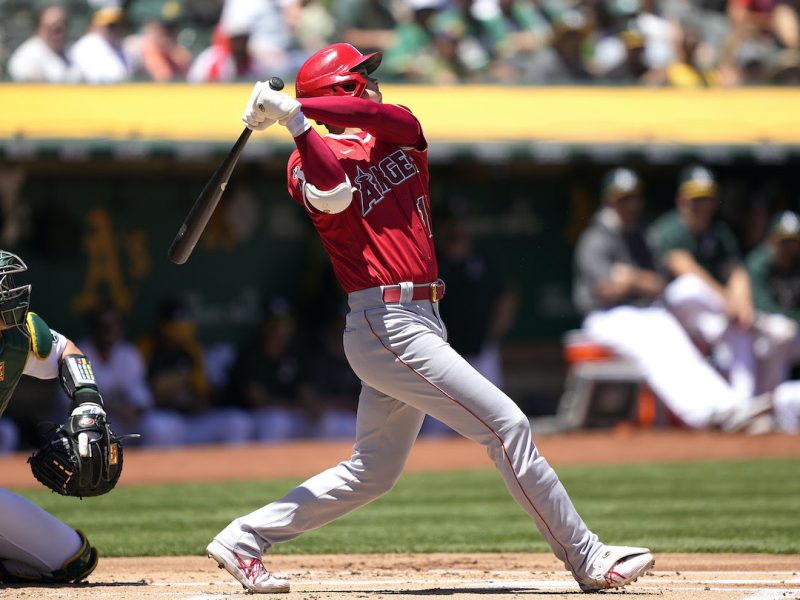 Another milestone for Shohei Ohtani? Check. The Angels’ dual-threat star smacked his 100th and 101st home runs over the weekend to join Babe Ruth as only the second player ever with more than 100 home runs as a batter and 250 strikeouts as a pitcher. He’s also just the third Japanese player to hit 100 homers, joining Hideki Matsui (175) and Ichiro Suzuki (117). Ohtani’s latest show of greatness came as the Angels swept the Athletics in a California beatdown series, outscoring Oakland 15-2 over three games. With the sweep, L.A. (24-13) has the second-most wins in the majors behind the Yankees (25-9).

The Reds Rare Loss: Losses aren’t rare this season for the Reds, but Sunday’s was… Cincinnati didn’t allow a hit to the Pirates and still lost (1-0). It’s just the sixth time in MLB history that a team has lost a game without giving up a hit.

Pujols the Pitcher: The Cardinals got rocked by the Giants on Sunday, but in the 9th inning of a lost cause, Albert Pujols took the mound. He gave up four runs, but he also made history as the second player with 600 home runs to pitch in a game (Babe Ruth).

Astros Streak Snapped: The Astros rode an 11-game win streak into the weekend before the Nationals snapped it on Saturday (13-6), but Justin Verlander fired back with a gem in Sunday’s 8-0 shutout. Houston (23-12) is still baseball’s hottest team with a 12-2 record in the month of May.