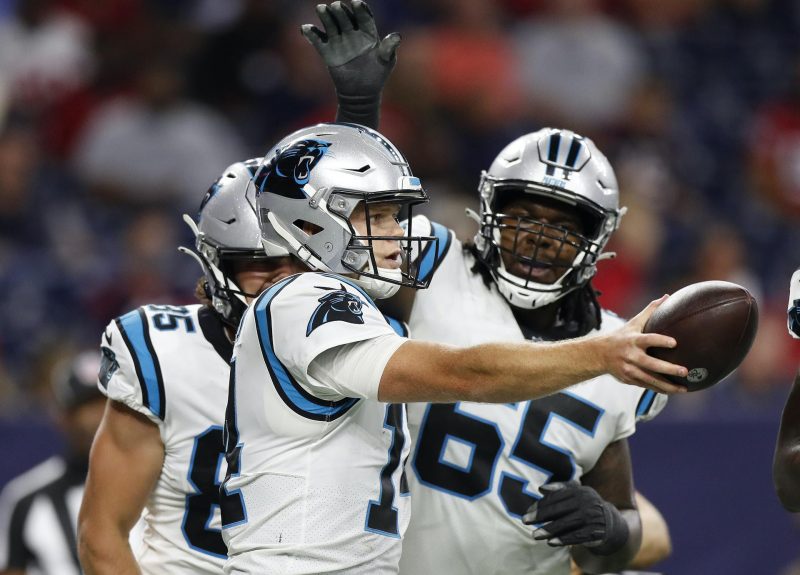 The Carolina Panthers pulled away from the Houstons Texans in the second half last night to improve to 3-0, but the win didn’t come without a cost. RB Christian McCaffrey tweaked his hamstring early in the second quarter and was ruled out for the rest of the game. After missing 13 games last year with an assortment of ankle and shoulder injuries, Carolina is once again holding their breath as they determine the severity of McCaffrey’s damage. On top of that, rookie cornerback Jaycee Horn broke his foot last night and will be out for the foreseeable future. While the Panthers can celebrate this week’s victory, they may have some serious health issues on both sides of the ball in the coming weeks.

Sam Darnold led the Panthers to victory with another efficient performance, throwing for 300 yards in the second consecutive game. After an ugly first half, the Carolina offense adjusted to the absence of McCaffrey and put together a solid outing once Darnold settled in. Through his first three games in Carolina, he looks like a different player compared to his tumultuous tenure with the Jets

Once again, the Panthers defense was dominant on Thursday night, suffocating rookie quarterback Davis Mills who was starting in place for the injured Tyrod Taylor. After giving up just 9 points last night, the Panthers have only allowed 30 points through three games this season.