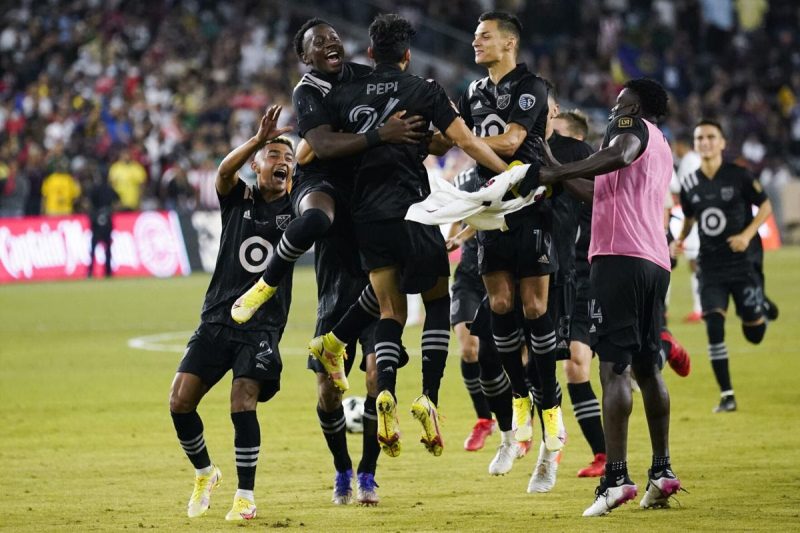 The historic MLS All-Star Game featuring the best players from the top two leagues in North America lived up to the billing. In front of fans at LAFC’s Banc of California Stadium, the team from Mexico tried to avenge Mexico’s 1-0 loss to the United States in the CONCACAF Gold Cup final and got on the board first with a goal in the 20th minute from Jonathan Rodríguez.

However, shortly after halftime, a pair of hometown favorites connected as Jesús Murillo scored on a header from a David Atuesta corner and the two LAFC players leveled the score. Despite scoring chances for both sides, neither could break the deadlock, leading to an always dramatic penalty shootout.

After each team converted their first penalty, New England Revolution goalkeeper Matt Turner made a big save and Sporting Kansas City striker Dániel Sallói scored to give the MLS a 2-1 advantage. Each team then missed their next two penalties through a combination of impressive stops and errant attempts.

The Liga MX All-Stars tied things up at 2-2, leaving the final penalty to be taken by 18-year-old Ricardo Pepi. The FC Dallas youngster drilled his kick off the underside of the crossbar and in, giving the MLS All-Stars a 3-2 win in the shootout. Pepi was the hero, but New England goalkeeper Matt Turner won the MLS All-Star Game MVP.