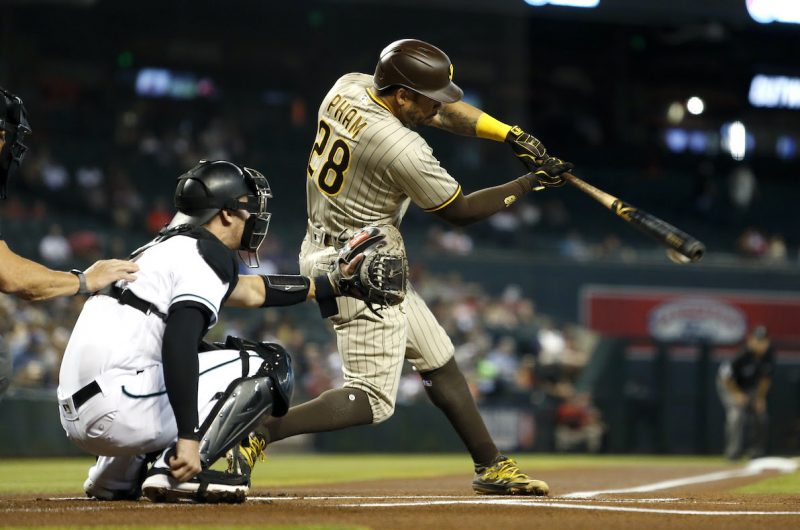 The Padres didn’t get a win last night — San Diego suffered a 7-3 loss to the Rockies — but Tommy Pham delivered the jack of the year. Pham obliterated a 2-1 pitch in the top of the 7th off German Marquez that reached the atmosphere. By the time it landed, 486-feet later, it was the longest home run of the season. But despite the highlight, the Padres have slid to 12 games back of the Giants and into the final NL wild card spot. Either way, the bomb of the year belongs to Pham.

Bassit Carted Off: Athletics right-hander Chris Bassit took a line-drive to the face on Tuesday night and immediately collapsed. He was carted off with severe bleeding but remained conscious. A’s lost to the White Sox, 9-0.

Yanks Keep Surging: The Yankees were once 9.5 games back of the Red Sox in the AL East roughly a month ago, but after winning both games in a doubleheader against Boston on Tuesday. Both teams are now tied in the standings, and New York has won five straight as their late-season surge continues.

Nelson’s Big Night: The bat of the night belonged to Rays’ slugger Nelson Cruz who bashed two home runs for five RBIs in a 10-0 rout against the Orioles. The Rays (73 wins) have a three-game advantage over the field in the race for the American League pennant.

MLB: MVP Poll: Who Are the Favorites?

USA Today: Trailing by 9.5 Games in July, the Yankees tie the Red Sox in the Standings