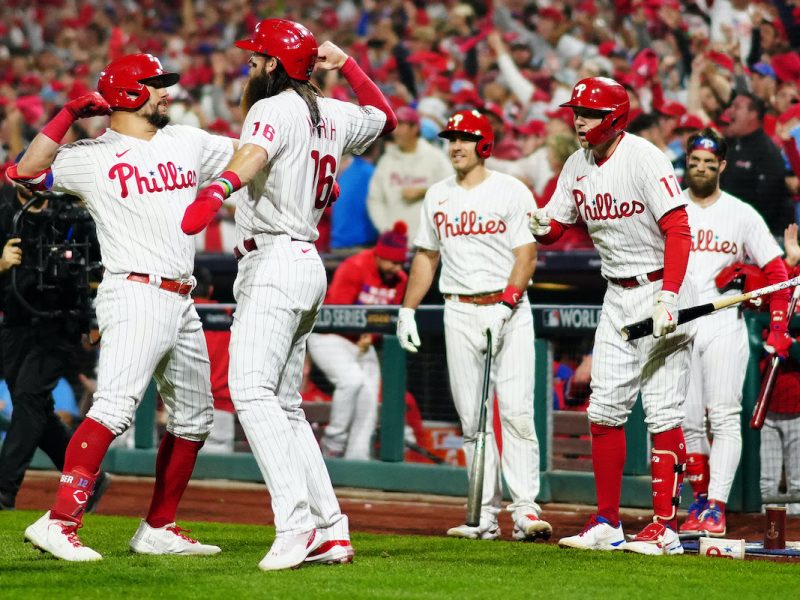 Philadelphia fans had waited 13 years to host a World Series game, and they were forced to wait an extra day after Monday’s Game 3 rainout. By Tuesday, the skies cleared, but it was pouring home runs in Citizens Bank Park. The Phillies obliterated the Astros with a record-setting Game 3 rout that included five home runs from five different batters in the first five innings. Philadelphia fans were electric as they watched their team tee off on Astros ace Lance McCullers Jr. all night long. The Phillies scored seven runs on seven total hits while Ranger Suarez tossed a tactical shutout (5 IP, 4 Ks, 3 Hits, 0 ER).

Philly HR Fun Facts: The Phillies tied the record for the most home runs hit in a World Series game. Lance McCullers Jr. is also the first pitcher to give up five homers in any postseason game in MLB history. And the Phillies have now hit 17 blasts at home this postseason — the third-most in a single postseason in MLB history.

Philly now leads the Fall Classic (2-1) with all the momentum in tonight’s Game 4. The pitching matchup should favor the Phillies tonight, too. It’s expected to be Aaron Nola (PHI) vs. Cristian Javier (HOU).