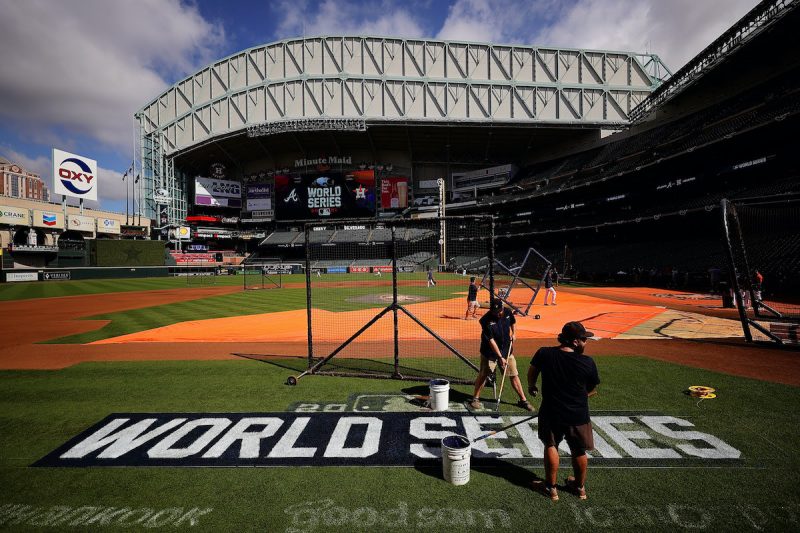 The Atlanta Braves and Houston Astros will face off in Game 1 of the 2021 World Series tonight in what many would consider an unlikely matchup. The best-of-seven series will start in Houston’s Minute Maid Park for Games 1 and 2 before heading over to Atlanta’s Truist Park for Games 3 through (potentially) 5. If the series requires more games, the remaining games 6 and 7 would be played on the Astros home turf.

Despite being below .500 at the All-Star break and having the least amount of wins among postseason teams (88), the Braves managed to knock out the defending champion Dodgers in six games, even without superstar outfielder Ronald Acuna Jr. who has been sidelined since July with a torn ACL. This will be the Braves’ first World Series of the 21st century after losing to the New York Yankees in 1999.

The Astros enter the World Series fresh off of taking down the Red Sox in six games themselves. It was announced on Monday that pitcher Lance McCullers Jr. will not be joining the roster for the World Series due of a forearm injury which also kept him out of the AL Championship Series. They of course are also missing Justin Verlander, who has been recovering from Tommy John surgery in October of 2020.

ESPN: WorldSeries 2021: Everything you need to know about Atlanta Braves vs. Houston Astros

The Athletic:Astros Pitcher Lance McCullers Jr. to Miss World Series vs. Braves Due to injury