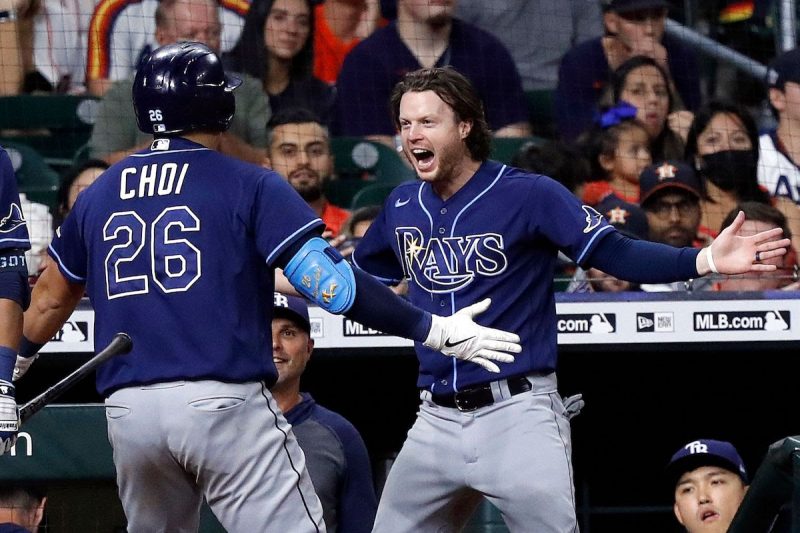 The Road to the World Series Goes Through Tampa Bay

Here we go again. Champa Bay paves the way to the World Series in yet another season of success on Florida’s gulf coast. The Rays clinched the top seed in the American League on Wednesday with a 7-0 blowout against the Astros. The Bucs (NFL) and Lightning (NHL) have claimed three titles in the last year, and the Rays — the defending AL champions — will look to get back to the World Series after reaching a franchise-record 98 wins this season. They’ll hold the home-field advantage throughout the American League playoffs.

Brewers End Cards Streak at 17: After 19 days of winning baseball games, the Cardinals’ streak has finally ended. The Brewers blanked St. Louis on Wednesday (4-0). Both NL Central clubs have clinched playoff bids as they cruise through the final week of seeding games.

Braves on the Brink: The marquee series of the week (Braves-Phillies) took another swing in Atlanta’s direction on Wednesday with a 7-2 Braves win. That puts the Braves one win away — or one Phillies loss away — from clinching the NL East with five games to play.

Ohtani Makes AL History: Shohei Ohtani made history in Wednesday’s 7-2 win over the Rangers by stealing his 25th and 26th bases of the year. He’s the second player in AL history with at least 45 homers and 25 stolen bags (Jose Canseco, 1998).