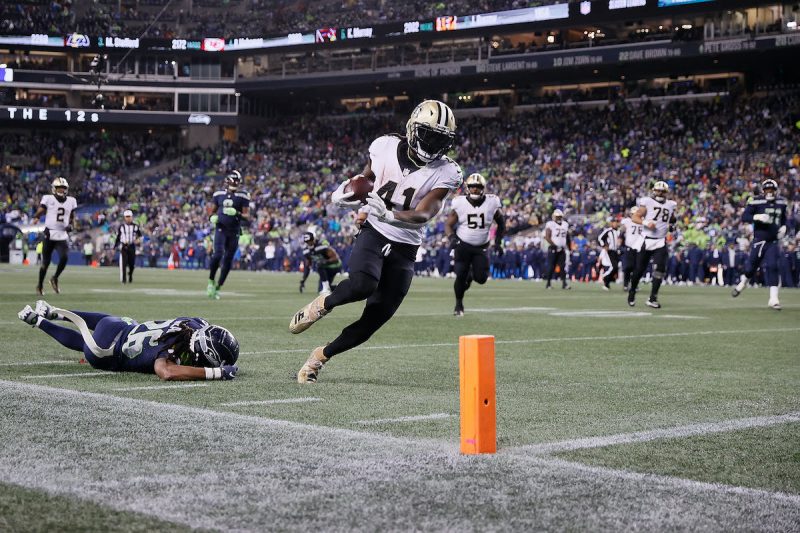 Week 7 came to a close last night in the Seattle rain where the Saints picked up a gritty road win against the Seahawks. After letting up an 84 yard touchdown to DK Metcalf early in the first, the New Orleans defense settled in and shut down Seattle, allowing just 3 points the rest of the way. Rookie Brian Johnson nailed a 33-yard field goal with two minutes left to put the Saints up 3, which led to New Orleans sacking backup QB Geno Smith twice on the final drive to ice the game. Alvin Kamara did the heavy lifting for the Saints, getting 30 touches on 66 offensive plays, tallying 179 total yards and scoring a touchdown in the process.