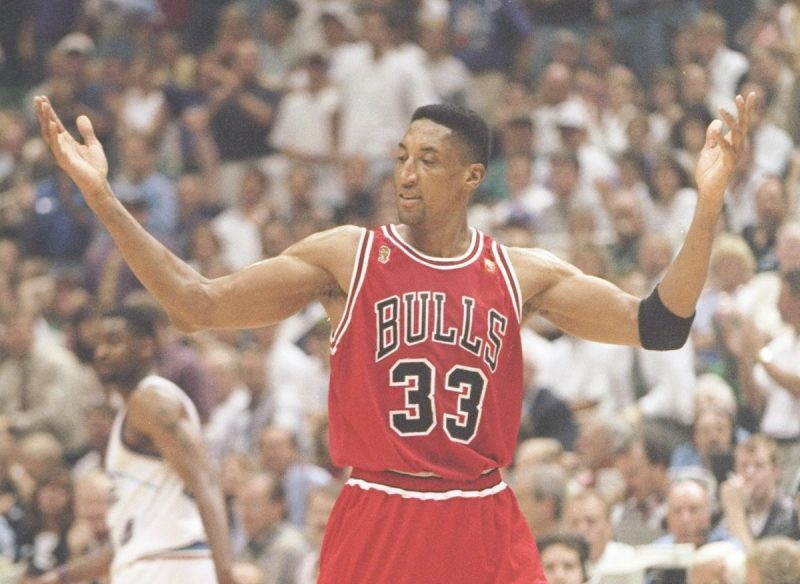 The Overshadowed Underdog Story of a Generation

If you watched ESPN’s ‘The Last Dance’ on Sunday night, you were reminded of the saga that was Scottie Pippen’s NBA journey. But many of us, even diehard Bulls fans from the 90s, didn’t fully understand Pippen’s rise to stardom. If it hadn’t been for Michael Jordan, Pippen might have been the best player of the 90s.

The Bulls’ Batman and Robin story is all too familiar to basketball fans, but Pippen wasn’t a sidekick who lacked superpowers of his own.

When Scottie Maurice Pippen was born in Hamburg, Arkansas in 1965, he was the youngest of 12 children. He wasn’t that tall, athletic, or coordinated, and his unusually large family didn’t have much money. His father worked in a paper mill before suffering a stroke that paralyzed him.

None of the children could afford to go to college, but Scottie was an all-conference point guard at Hamburg High School. He didn’t have a single scholarship offer, but he found a job as the student manager at Central Arkansas just to get close to the basketball team.

As a scrawny 6-foot-1 guard, Pippen hit the gym and worked harder than any of the team’s scholarship players. In a two-year span, he hit a seven-inch growth spurt that changed his future. Now 6-foot-8, a strong and athletic Pippen — who played his whole life as a point guard — earned a scholarship and was dominating the competition in the NAIA.

By his junior year, Pippen was an NAIA All-American. The Bulls traded up to get him in the 1987 NBA Draft with the No. 5 selection.

For ten years, Scottie was MJ’s sidekick. No matter how good he was, Robin would always live in the shadow of Batman. Coming into the league three years later, he was always a step behind the Jordan hype.

“Without Scottie Pippen, there is no Michael Jordan.” — MJ

It was clear to see in the documentary that Pippen couldn’t take a risk on himself and his NBA future given the circumstances. He needed to provide for his family in Arkansas, and his $18 million contract did just that. He bought his mom a house and helped support his 11 siblings and their families.

As the dynasty grew, so too did Pippen’s stature. He led the team in nearly every statistical category in Jordan’s 1993-94 absence, and he was underpaid all the way through the team’s six championships.

Pippen eventually signed a $67 million contract with the Trail Blazers to finish out his career, and he’s now a successful NBA analyst for ESPN. It’s still hard to believe that a 6-foot-1 guard from a small town in Arkansas with no college offers rose to become the second-best player of a generation and help create the magical story of the Chicago Bulls dynasty of the 1990s.

Kobe Bryant didn’t win three rings without Shaq. Steph Curry doesn’t have multiple championships without Klay Thompson. LeBron James didn’t win his first title until teaming up with Dwyane Wade. Even Bird and Magic had Hall of Fame talent around them.

Scottie Pippen. The sidekick. The underdog. The Robin who could’ve been Batman.