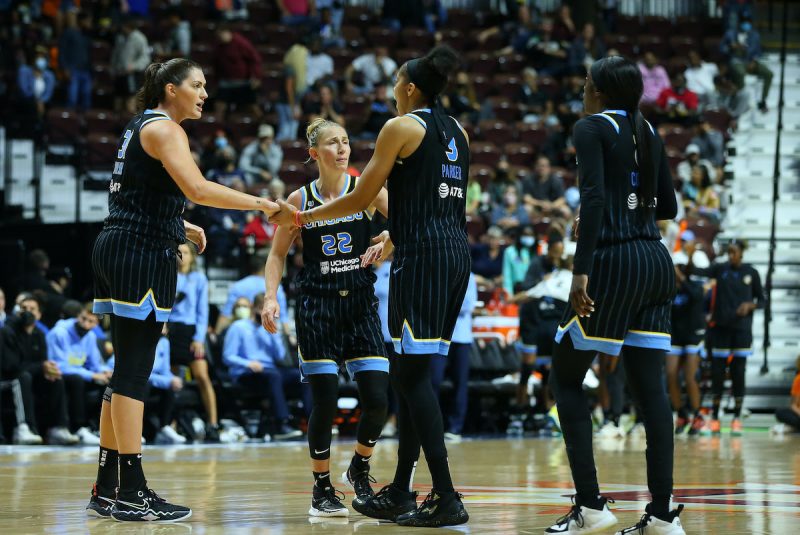 Down goes the No. 1 seed! The 6th-seeded Chicago Sky took down the Connecticut Sun in Game 4 (79-69) to win the WNBA semifinals series (3-1). The Sky used a full-team effort as Courtney Vandersloot (19), Kahleah Copper (18) and Candace Parker (17) combined for 54 points. Vandersloot was deadly from deep (5-for-6). League MVP Jonquel Jones (25 points, 11 rebounds) did all she could for the Sun, but she got little help from the supporting cast.

When the Sun Goes Down…

Connecticut had a league-best 26-6 record in the regular season, including a 14-game win streak to end the year. Three losses in four games against a Chicago team with a .500 regular-season record spells the end of the Sun.

The Aces bounced back in Game 4 after dropping two straight to the Mercury. Las Vegas evened the series thanks to an absolute blitz in the third quarter, outscoring Phoenix 29-11. Aces’ guard Chelsea Gray gets the game-ball with a 22-point, 6-assist night. The series heads back to the desert for a winner-take-all Game 5 on Friday night (9:00 pm ET). (Series Tied 2-2)

The Athletic: Aces Use 24-0 Run Against Mercury to Force Game 5