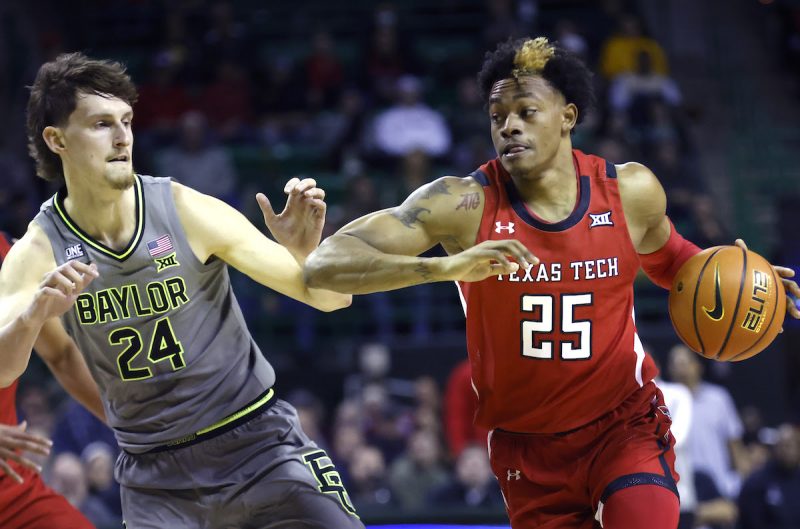 For the fifth time in the 2021-22 college basketball season, the No. 1 team has fallen. The 19th-ranked Texas Tech Red Raiders took down top-ranked Baylor Tuesday night in Wako, Texas thanks to a second-half surge. The Bears surrendered the lead with 10 minutes to go before scrambling to keep things close, but a last-second 3-point attempt rimmed out (65-62). The win marked Tech’s second-straight win against a Top-10 team after downing #6 Kansas last weekend (75-67). It was Baylor’s first loss of the season (15-1).

On a busy night in college hoops, Baylor wasn’t the only top team to go down. No. 5 USC — the only other undefeated team — fell to unranked Stanford (75-69). Ranked battles between Auburn-Alabama and Kansas-Iowa State also went down to the wire. Here’s all the highlights from a Super Tuesday.

Ashley Joens (27, Iowa State) and Ayoka Lee (38, Kansas State) combined for 65 in an epic head-to-head battle between the Cyclones and Wildcats that came down to the wire.