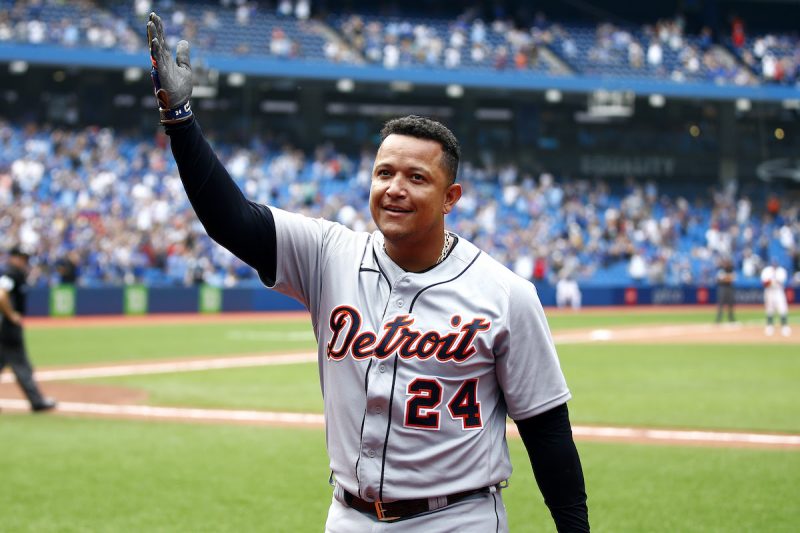 He’s finally done it! The Miggy milestone became historic reality in the sixth inning Sunday night in Toronto. Miguel Cabrera, the Tigers 38-year-old veteran, smashed an 84-mph changeup to right-center off Blue Jays pitcher Steven Matz for his 500th career home run. He got a standing ovation from the Rogers Centre crowd and made MLB history as just the 28th player ever to eclipse 500 HRs. After 19 seasons in the majors, including 14 in Detroit, only four players on the 500-HR list played fewer seasons than Miggy. Cabrera is currently ahead of Lou Gehrig (493) and behind Eddie Murray (504) on the all-time HR list. The Tigers also got the win over the Blue Jays (5-3, 11 innings).

MLB: Some of the Best Miggy Tales From MLB Peers

ESPN+: Where Does Miguel Cabrera Rank Among MLB’s 500-HR Club?

Rhys Hoskins’ Return: Philadelphia’s Rhys Hoskins returned from the IL on Sunday to punch two homers in the Phillies’ 7-4 win over the Padres.

The Hot Streaks: The Yankees and Braves have both won a league-best nine straight games heading into Monday after Atlanta took care of business against the Orioles (3-1). New York had Sunday’s game postponed due to weather.