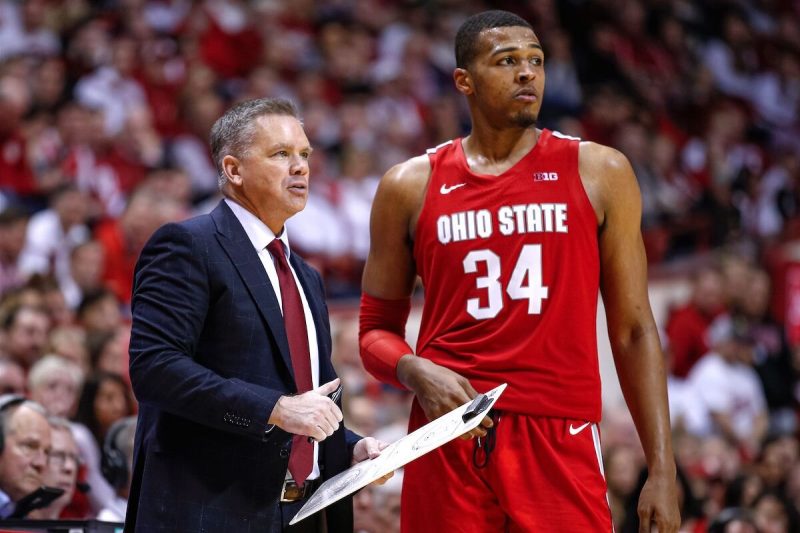 Ohio State head coach Chris Holtmann has a story of humble beginnings that would prove vital in the turbulent March of 2020. From NAIA player to Big Ten Coach of the Year, this underdog of college basketball ascended to Final Four readiness, but this year’s tournament was not to be. We talked with Holtmann about his journey to Ohio State and this year’s March Madness disappointment. Like all underdogs, we’ll start from the beginning…

Holtmann grew up in Nicholasville, Kentucky, just south of Lexington where Big Blue Nation pumps Wildcat basketball into their veins. Here, the hardwood is a way of life. But a young Holtmann never expected his love of hoops would take him this far.

The young Kentuckian was a good high school player, but he attended tiny Taylor University, an NAIA program in Upland, Indiana, in another state where basketball is worshipped. Long-lasting sports careers don’t frequently begin in the cornfields of a town with 3,000 or a student body of 2,000, and Holtmann thought his career was headed in another direction.

Holtmann played for head coach Paul Patterson, an Indiana icon with the state’s all-time record for collegiate wins in any division (734). Yes, more wins in Indiana than Bob Knight (662). It was there in the early 90s when Holtmann learned how to harness his strengths in basketball psyche.

In his playing days, Holtmann earned NAIA All-American honors while captaining Taylor to the No. 1 national ranking. After graduating in 1994, the once-tabbed therapist rejoined Patterson as an assistant coach in 1997. And from that tiny school in an Indiana cornfield emerged a coaching ascension to the scarlet and gray of the Big Ten.

The Climb to Columbus

Holtmann spent more than a decade grinding through assistant coaching roles at Taylor, Gardner-Webb, and Ohio, while earning his reputation as a recruiting master, defensive tactician, and lovable leader.

He became the head coach at Gardner-Webb in 2010 and revitalized an 8-21 team into a 21-win team in three years. A three-year stint at Butler (2014-2017) saw Holtmann rise from assistant coach to head coach in the college basketball temple known as Hinkle Fieldhouse. He still calls the Butler call-up to head skipper one of the greatest days of his life and a dream come true.

“I never imagined my path would lead here, and it’s certainly been a unique path, and a different path than most people,” Holtmann said. “I played small college basketball. I never envisioned being the head coach of a Division I program, much less programs the caliber of Butler and Ohio State.”

Coach of the Year, Anywhere

Holtmann was named the Coach of the Year in each conference along the way, including the Big South (2013), Big East (2017), and Big Ten (2018). He went to the NCAA Tournament each of the last five years (would have been six) while leading his teams to Top-15 rankings in each season. But this year, Ohio State climbed all the way to No. 2.

Hopes were high for the Buckeyes heading into March, but the coronavirus pandemic slammed the door shut on post-season tournaments and ended a season of hard work for Holtmann’s guys. He remembers getting that call at the Big Ten Tournament.

“I was on a walk around Indianapolis,” Holtmann said. “We decided to go get some fresh air and take a walk, and then I got the call from my athletic director Gene Smith alerting me that the Big Ten Tournament games had been canceled… We assembled the team back together, met with them, and went to packing our stuff up from our hotel rooms.”

The worst part for the Buckeyes, and for college basketball players everywhere, was the abrupt senior goodbyes. In a blink, careers ended. For OSU, it was a pair of seniors — Andre Wesson and Danny Hummer — who were robbed of their final March Madness run.

“Both guys had an important part in our program, and those were clearly the hardest calls to make,” Holtmann added. “We had won 9 of 12. We were playing really good basketball… I just felt terrible telling them their Big Ten season was over, and then telling them their careers were over was just devastating. Obviously you feel for those kids in those moments.”

A coach, a therapist, and a friend of players… The Buckeyes are lucky to have a great one at the helm. Holtmann and other collegiate coaches remain optimistic that NCAA basketball will return to the court next fall. When it does, Ohio State will be one squad with most of the roster returning, and an underdog head coach, ready to finish what they started.