The Battle for L.A. 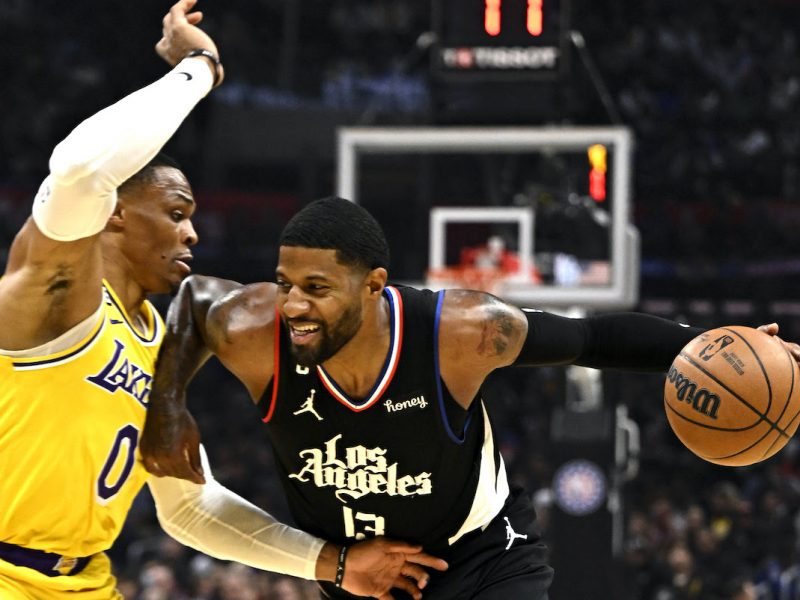 Tuesday night brought the stars out in Hollywood for the battle of Los Angeles between the Clippers and Lakers. LeBron James showed up with another vintage scoring performance (46-8-7), but it wasn’t enough to dig the Lakers out of a 23-point halftime deficit. Kawhi Leonard (25 points) and Paul George (27 points) combined for 52, and a healthy Clippers lineup could be ready to shake things up. The Clippers have now won three straight with Leonard and George back in the lineup, and they’ve now won their last nine matchups against the Lakers. They had lost nine of their last 11 previous games. The Lakers had been on a bit of a roll (won nine of 14 since Christmas Day) thanks to James’ high-octane scoring and a resurgence from Russell Westbrook.

Despite being separated by just four wins, the Clippers (26-24) are the current 5-seed in the West and the Lakers (22-26) are back in 13th. Expect more trade deadline deals from both teams. Is it finally the year for the Clips to take over Los Angeles?

Wizards Escape Luka: The Mavericks got another massive night from Luka Doncic (41-15-6), but it was the Wizards who got the win last night with a steal on the final possession (127-126).

Celtics Cooling Down: After a nine-game win streak where the Celtics were burying teams, the Heat cooled them down with a second straight loss on Tuesday (98-95) behind Bam Adebayo’s 30-point, 15-rebound night.