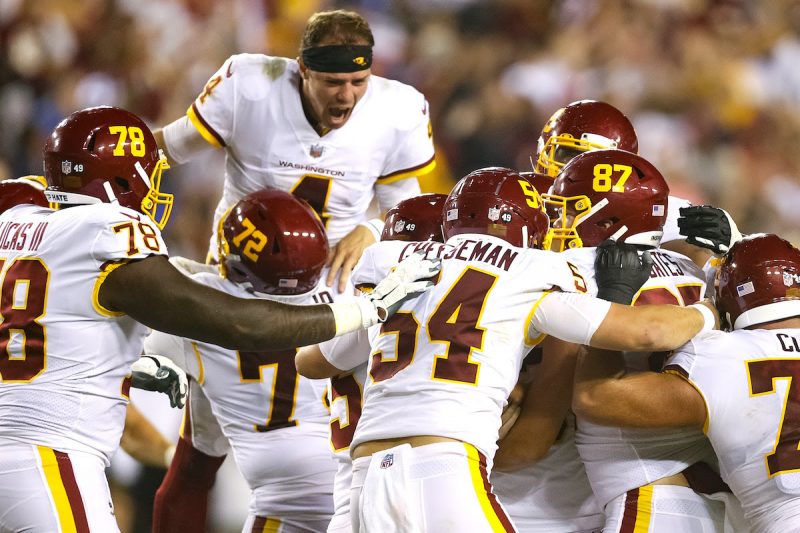 From heartbreak to celebration! The NFC East battle on Thursday night was an absolute roller-coaster between the Washington Football Team and the New York Giants. A back-and-forth night trickled into the 4th quarter before Washington won a wild finish. Fill-in quarterback Taylor Heinicke seemingly coughed away the game with an interception inside three minutes, but Washington got the ball back in time to set up a game-winning field goal attempt.

After Dustin Hopkins pushed his game-winning, 48-yard field goal attempt wide right, an offsides penalty on the Giants gave him another chance. From 43 yards, he delivered. Washington wins it at the horn (30-29).

After QB Ryan Fitzpatrick went down with a hip injury last week, Heinicke stepped in get Washington its first win of the season. He did throw the costly interception down the stretch on a wild play, but he led the final drive to set up the game-winning kick.