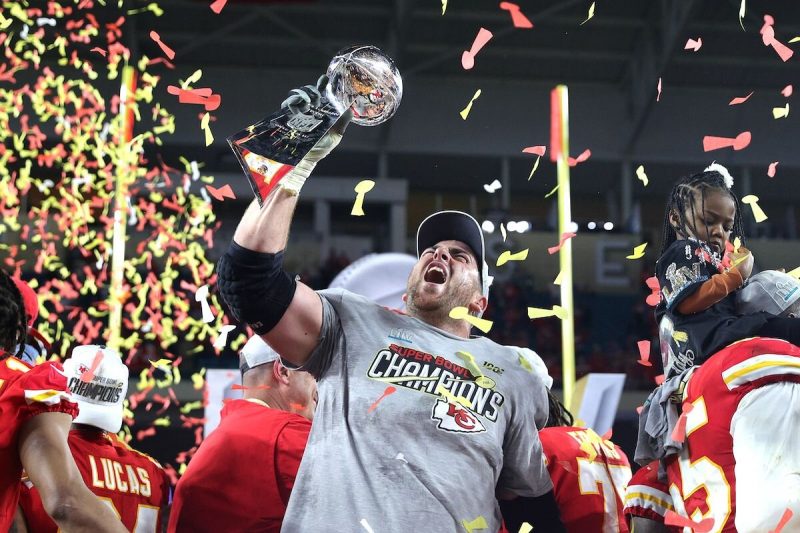 Almost 2,000 players suit up in the NFL each season. Only one is a licensed medical professional. Doctor Laurent Duvernay-Tardif plays right guard for the Super Bowl-winning Kansas City Chiefs. He raised the Lombardi Trophy in early February, set sail for a Caribbean vacation, then returned to his home in Canada to help battle COVID-19. Now, Duvernay-Tardif is protecting citizens, not just Patrick Mahomes. This is his story…

Duvernay-Tardif is not the prototypical football star. Born and raised in Montreal, Quebec, he was just the tenth player in NFL history to be drafted from a Canadian university. The 6-foot-5, 320-pound lineman played football at McGill University while pursuing his medical degree simultaneously. Think about that.

In 2014, the Kansas City Chiefs selected him in the sixth round with the 200th pick. He was a far cry from an immediate impact player in the NFL, and he had to earn his starting role while finishing med school. He was also drafted by Calgary in the CFL Draft (19th overall) but obviously chose the NFL.

In 2015, the Canadian grabbed the Chiefs’ starting role at right guard and played his way through the early years of his rookie contract before earning a five-year, $42 million deal in K.C. In the first year of that contract (2018), he suffered a fractured fibula and missed the entire 2018 run during Patrick Mahomes’ record-breaking MVP season. But luckily, he returned in 2019 at full health for the Super Bowl run.

When he hoisted the Lombardi, he joined an exclusive list of just eight other Canadians to win a Super Bowl. But the celebration period that came next was unlike any other before him.

“After my team triumphed, I went back to the parade in Kansas City, which is totally inconceivable right now,” Duvernay-Tardif said. “Adding a million people in the streets? Piled up on top of each other? Drinking and cheering in subzero temps? It’s so wild to even think back to then, this time two months ago that feels like another lifetime.” (Sports Illustrated Interview)

LDT went back to his home in Montreal for a few weeks of celebrations, media appearances, and much more as the face of Canada for the Super Bowl champs. And after a short Caribbean excursion with his girlfriend, life changed drastically.

“The difference between the moment I left and the moment I came back was so intense,” he said. “I had only wanted to get away, and then I wished I had never left. Everything had stopped.”

LDT knew he was in a situation of privilege, and he wanted to give back. On top of the world after just winning the Super Bowl, he watched medical friends and colleagues shift to a state of emergency, and he knew his offseason was about to look different than expected.