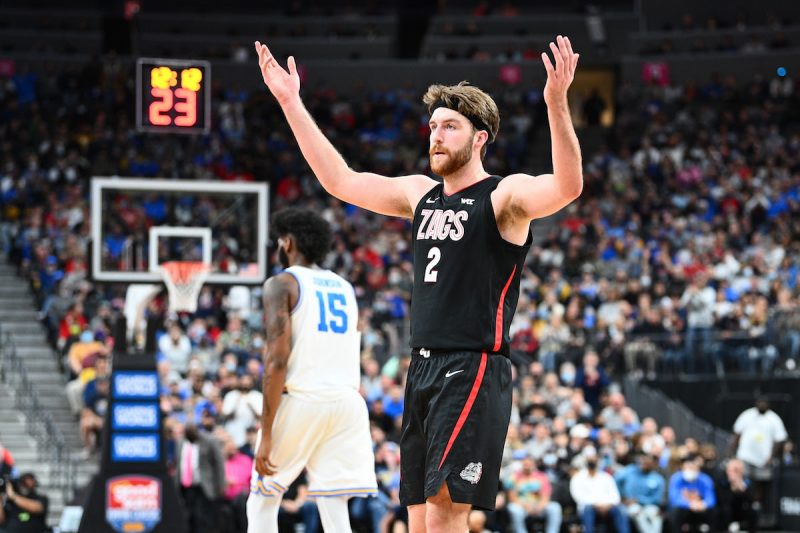 Last year’s Gonzaga Bulldogs were the No. 1 team all year long en route to a nearly perfect season. They fell one game short, losing only to Baylor in the National Championship. Now, the Zags are in revenge mode, and the early-season consensus is this: They’re head and shoulders above the competition. Gonzaga blew out No. 2 UCLA on Tuesday night (83-63) in a shocking 1-2 matchup that was never close. They were up 20 at the break before playing the second half on cruise control. Andrew Nembhard (24 points) and Drew Timme (18 points) combined for 42 while seven-foot freshman Chet Holmgren had 15 points and four blocks.

The Zags Revenge Path: Just like last year, Gonzaga has a solid path to another potential undefeated campaign. They’ll get two more non-conference litmus tests before a conference schedule that features just two matchups against currently ranked teams (both #18 BYU).

If Mark Few’s squad makes it through the next two weeks unscathed, let the undefeated chatter begin.

ESPN: Gonzaga Beats UCLA: What We Learned & What It Could Mean for College Basketball in March