The Gymnast of a Generation 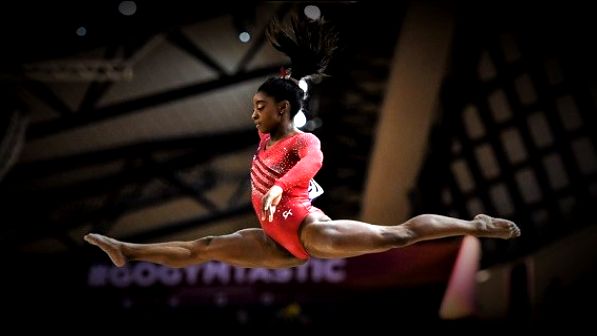 Simone Biles secured two more records over the weekend, but you may not know the backstory of the 22-year-old American gymnast who is on pace to become – if not already – the greatest of all-time.

Biles was the third of four children born in Columbus, Ohio. Her father abandoned her family at a young age, and her mother lost custody of the children because of her drug and alcohol addiction. Even at the age of 3, Biles recalls often being hungry and afraid. The four kids were in and out of foster care throughout their childhoods until her grandparents adopted her at age six.

To this day, she calls them mom and dad.

“My parents saved me. They’ve set huge examples of how to treat other people, and they’ve been there to support me since day one. There’s nothing I could say to them to thank them enough.” – Simone Biles

After moving to her new home in Houston, Biles became a gymnastics sensation. She skyrocketed from a teenage phenom to a World all-around champion at just 16 years old.

At last weekend’s U.S. Gymnastics Championship at Kansas City, Biles reached another pinnacle in the sport she continues to own; six all-around titles and a new U.S. gymnastics record. How she did it was even more spectacular. Biles became the first woman to land a triple double (a triple twist with a double back-flip).

From bouncing around foster homes to bouncing off floors, Simone Biles is a 22-year-old Underdog story with a lot left to write.