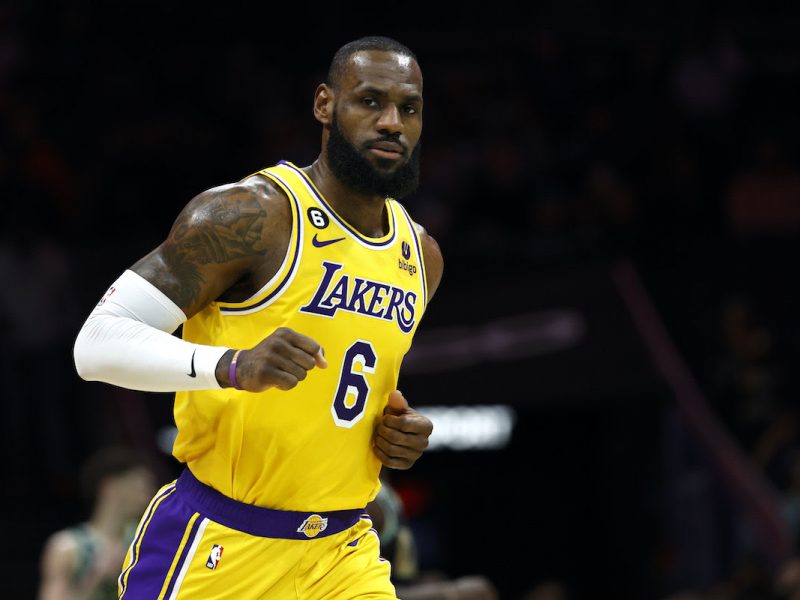 Trouble in L.A.? The Lakers were left in the dust of the Western Conference for the last season and a half, but LeBron James and company are starting to find their way. The Lakers won back-to-back games over the weekend to extend their win streak to five in the last week, and LBJ poured in 37-8-7 on Saturday in another vintage performance. The Lakers and LeBron have continued to have cryptic battles through media reports that suggest James is frustrated at the team’s inability to make appropriate, roster-building trades. Recent reports have even suggested LeBron could force his way out of L.A. next season. Despite an ugly start and off-the-court chatter, the Lakers (19-21) are closing the gap on .500.

Grizzlies Reach 6 Straight: Memphis extended its league-best win streak to six on Sunday with a win over the Jazz (123-118) without Ja Morant. It’s the Grizzlies’ second streak of six-or-more wins since the start of December, and they’re back in a tie for the top spot in the West.

Triple Double Race: Both Luka Doncic (Mavs) and Nikola Jokic (Nuggets) recorded triple-doubles over the weekend. Doncic (9) and Jokic (10) are in a dead sprint for the trip-dub crown. No other player has more than three this season.