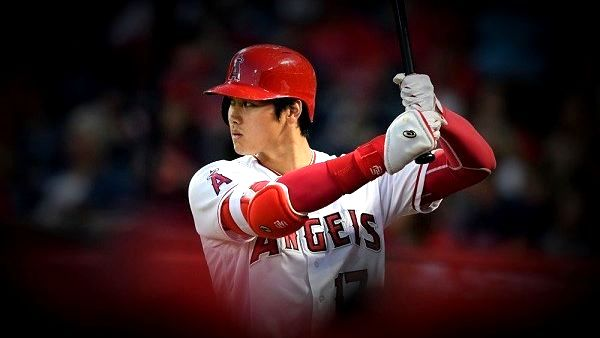 The Mystery of ‘Japanese Babe Ruth’

Major League Baseball got a taste of Shohei Ohtani in 2018, but the 6-foot-4 lefty had his rookie campaign cut short with Tommy John surgery in September. Despite a media circus that follows his every move, he’s still a mystery outside of the ballpark, and he may always be. Some athletes give writers a story, and some don’t.

Nevertheless, last night’s first Sho-Time home run of 2019 (a 429-foot blast) finally signaled his return, and I’ve got to tell a story about the man who won’t give one.

You’re probably thinking: “Why tell an underdog story on someone so private and mysterious where little-to-no story exists?”

The Answer: I like the challenge, and the silent underdogs have some of the best stories if you can find them.

The Legend: Ohtani was dubbed the ‘Japanese Babe Ruth’ since long ago, a nickname credited to his multifaceted game as a pitcher and designated hitter, but this 24-year-old budding superstar is less than a full season into his MLB career (110 games), and he’s nothing like Babe Ruth.

The Babe was personality, fame, charisma, and sometimes drama. Ohtani is a ghost who seems to only appear on the diamond, then vanishes until summoned to haunt opposing pitchers, or batters, or all of the above. The diamond is, admittedly, the only place he finds joy.

The myths of Ohtani began in 2012 when the 18-year-old from Oshu, Japan clocked a fastball at 102 mph, then hit a home run north of 500 feet in the same game. That was just a myth cloaked in fallacy by a teen sports icon with no social media to confirm the tale, and no cameras to prove it either.

Ohtani’s Japanese upbringing provided structure, ordinance, patience, and respect. Four pillars to rely on like his quartet of pitches used to paint the corners. Those four words are frequently seen in Ohtani interviews dating back six-plus years. It’s how he lives, and it’s how he plays.

In Japan, a manager can lose his coaching license if he steps onto the field to argue with an umpire. It’s that culture and approach towards the game that quickly earned the respect of his peers, even though those peers still don’t know much about him.

I could tell you his birthday, the names and occupations of his family members, or a few ordinary anecdotes that wouldn’t rattle you. I could drop the stats that made him a baseball god as a teenager in Japan or mention that he lived in the team dormitory from ages 18-23, even though he was making millions. I could talk about the growth spurt that caused him to tower over teammates and opponents from the mound at a young age, but these are merely facts that confirm his beautiful boringness in a sensationalized world of celebrity athletes.

I put in hours of research in preparation for an Underdog story to use when Ohtani finally returned and hit another towering home run, and one word made the headlines in every biographical piece I read: mystery.

At 18 years old, he was a Japanese folktale. At 21, he was the best combo pitcher and hitter on the planet. At 23, he finally came to the Majors and won AL Rookie of the Year with the Angels. Now, the most anticipated international player in baseball history, the ‘Japanese Babe Ruth,’ is so incredibly normal that it’s fascinating, and I love it.

I’m in the business of headlines and highlights. I’ll likely spend the next decade covering this international myth, and he might never give me any of the former… Just the way I like it. Glad to have you back, Sho-Time.