The Machine Has Been Unleashed 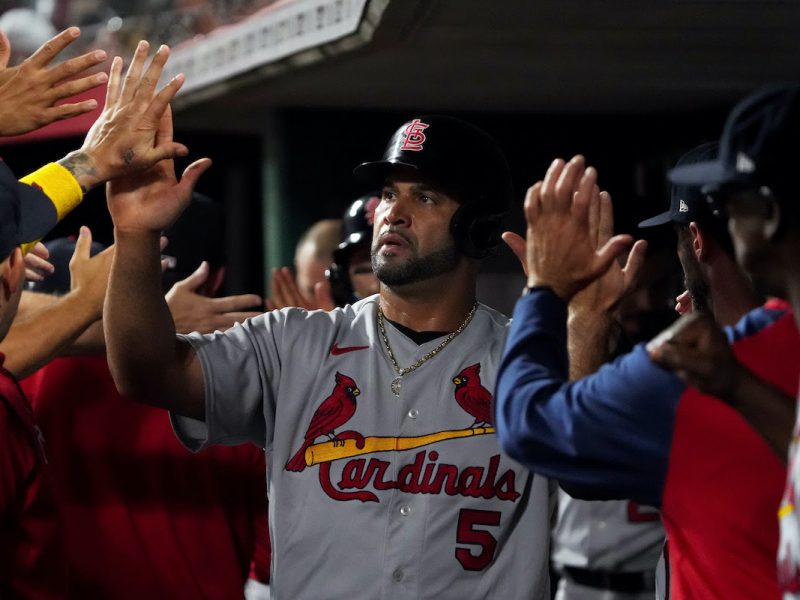 About a month ago, the chances of Albert Pujols reaching the illustrious 700 career home run mark seemed slim to none as he only had 7 home runs through his first four months of the season, putting him at 686. However, it seems that Pujols has found a time machine because he has had an absolutely incredible month of August. That stretch continued last night, as he hit another home run to bring his career total to 694. It was his eighth home run of the month, something he hasn’t done in over ten years, and it gives him a real chance to hit 700. The homer also marked the 450th different pitcher that Pujols has gone yard off of throughout his career, which surpasses Barry Bonds for the most of all time.

Regardless of whether or not he reaches 700 over the course of the next month or so, it really is incredible to see Pujols find the fountain of youth and become a key contributor for a Cardinals team that is surging themselves, as they are currently 21-6 in the month of August thus far.

Aaron Judge Launches Number 50: The struggles continued for the Yankees last night, falling to the Angels 4-3. On the bright side, Aaron Judge belted a 434-foot home run to center to reach the 50 mark this season. Last night’s bomb puts Judge on pace to hit 63 dingers this year, which would surpass Roger Maris for the most in a single season by a non-steroid user.

Dodgers place Tony Gonsolin on IL: The second half of the season has without a doubt belonged to the Dodgers, but they are starting to face some real health concerns, specifically to their starting rotation. A week after they lost Walker Buehler for the rest of the season due to Tommy John surgery, it was announced that they were losing another starting pitcher, as Tony Gonsolin was placed on the 15-day IL due to a forearm strain.