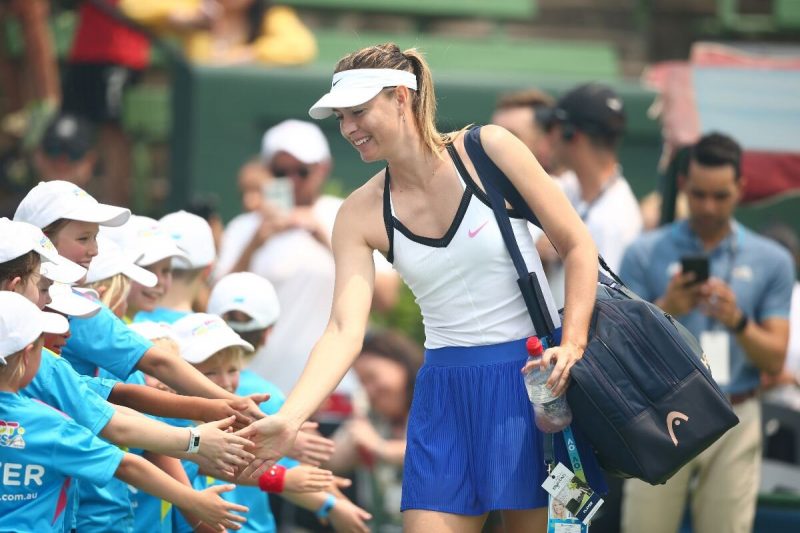 Maria Sharapova’s roller-coaster tennis career came to an end on Wednesday. The 32-year-old, 5-time Grand Slam champion made her retirement announcement in an essay published by Vogue and Vanity Fair. With plenty of ups and downs in her 16-year career, many say her legacy is complicated, but it shouldn’t be. This Underdog deserves a proper send-off.

A four-year-old Sharapova picked up her first tennis racket in 1991 in Sochi, Russia. Little did she know it would only take a dozen years to become a tennis icon.

At the age of six, Sharapova attended a tennis camp run by Russian great Martina Navritilova. The 18-time slam champion saw something in a six-year-old. How? That’s beyond me. But she urged the Sharapovas to move to the United States for tennis training. They did.

With little-to-no money, the clothes on their backs, and a tennis dream, Sharapova and her father Yuri moved to Florida. Neither of them spoke English. They invested every available dollar into tennis.

Twelve years later, Sharapova ascended into teenage tennis stardom, much like current teenage superstar Coco Gauff. At the age of 17, she stamped her arrival with a signature win over Serena Williams in the Wimbledon Final — an absolute shocker.

She became World No. 1 in 2005 (18 years old), and the ascent continued. Sharapova won the U.S. Open and Australian Open in the next few years. She held the World No. 1 off and on for a total of 21 weeks, and her fame transcended the tennis court.

She once endorsed a camera with the slogan, “Make every shot a power shot.” It may as well have been the anthem for her tennis. Shot after shot, round after round, she blasted away, punctuating each stroke with that familiar keening grunt. — Jon Wertheim, Sports Illustrated

Sadly, she wouldn’t stay at the top. Shoulder surgeries caused setbacks while her adamant stance on tour friendships (or lack thereof) made her somewhat disliked. She was all business on the court, and it showed.

Sharapova returned to the Top 10 in 2012 and went on to win the French Open. The career Grand Slam (all four majors) was complete. She’s one of just 18 players, men or women, to do it.

But the roller-coaster wasn’t over. In 2016, Sharapova was banned for using a substance that had recently been added to the WADA (world anti-doping agency) banned substance list. Two years out of tennis, and Sharapova was never the same. She returned in 2017 to defeat Simona Halep in the U.S. Open, but that would be her last signature WTA win.

After three straight first-round exits in the last three majors, the future Hall of Famer had enough of this ride. She was getting off, and she left on her own terms.

“How do you leave behind the only life you’ve ever known? How do you walk away from the courts you’ve trained on since you were a little girl, the game that you love — one which brought you untold tears and unspeakable joys — a sport where you found a family, along with fans who rallied behind you for more than 28 years?… I’m new to this, so please forgive me. Tennis — I’m saying goodbye.” — Maria Sharapova

With a complicated legacy, it’s really quite simple. Sharapova crafted the blueprint for teenage female superstars. Russian immigrants — and all immigrant families — have drawn inspiration from the Sharapova route. Naomi Osaka? Sofia Kenin? Amanda Anisimova? They’re Japanese— and Russian—Americans who moved to Florida at a young age to follow Sharapova’s path.

That, above all, should be what we remember most about the Sharapova legacy; an international Underdog who took a shot — a power shot — and changed the game for future generations.