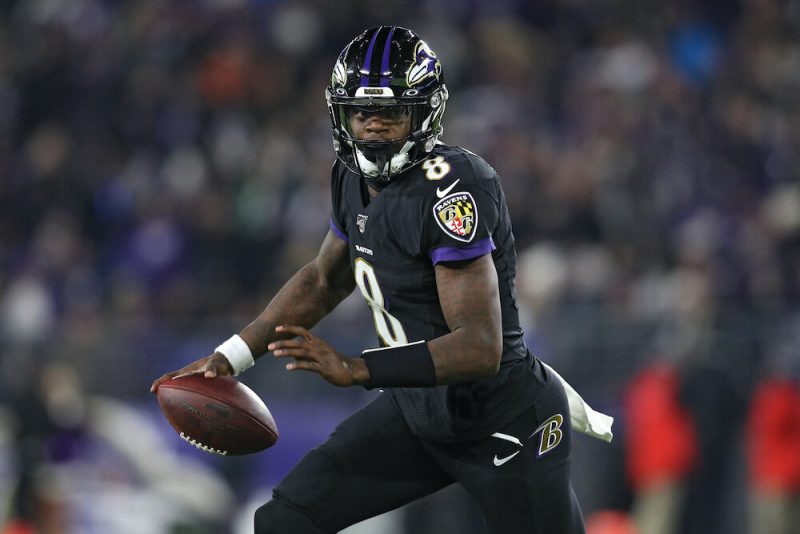 I’ve gotten a lot of requests to do an Underdog story on Lamar Jackson this fall. The 22-year-old Ravens quarterback lit the NFL on fire this season, and he’s been the subject of a lot of our newsletters.

To many of those requests, I’ve replied with the first Underdog story I wrote in 2019. On January 3, a few days before Jackson’s first playoff game with the Ravens, I profiled his journey through the NFL Draft and how he didn’t listen to NFL scouts and advisors.

“Analysts said his game didn’t translate to the NFL. Coaches said he should convert to receiver. Scouts said his throwing mechanics weren’t good enough, and the guy once threw a football nearly 100 yards. He could’ve listened to those critics, and there were a lot of them.”

That was then, the beginning of the Lamar fireworks in the NFL. The Ravens lost that game, but Jackson became the youngest quarterback ever to start in the playoffs.

The story of Jackson’s inspiration and early life comes from his mother, Felicia Jones. The more MVPs this guy wins, the more you’ll get to see the impact she had on his life.

Growing up in poverty-stricken Pompano Beach, Florida, Jackson’s mom made him run drills on the beach. Ever do footwork drills in the sand? Jones wasn’t just Lamar’s mother. She was his father, his coach, and his inspiration.

The speed drills escalated until Lamar took over the high school scene and inked a scholarship at Louisville. He carved opposing defenses like they were moving in slow motion. Like they were running in sand.

He won the Heisman, declared for the NFL, and the scouting brigade came to shatter his spirits. He repeatedly committed to playing quarterback only, and Ravens head coach John Harbaugh saw what no one else did — his next MVP.

Now, Jackson is exactly what we saw glimpses of last season, only better. The dual-threat speedster added a deadly accuracy to his game that opened up even more in the rushing attack. He’s on pace to finish the season as the NFL leader in passing touchdowns and quarterback rating, on top of receiving the most Pro Bowl votes, breaking Michael Vick’s QB rushing record, and leading the Ravens to a 10-game win streak.

“It’s a dance with defensive coordinators and a chess match that, so far, has baffled opponents. It’s artwork with the football and elusiveness that channels Michael Vick. It’s five straight misdirection runs followed by a play-action 70-yard bomb, then a 30-yard quarterback draw, and a college-esque triple option. The Ravens’ playbook? Endless.”

That’s how we’ll leave The Underdog in 2019 — with the 22-year-old MVP quarterback whose potential to shatter records is… endless.