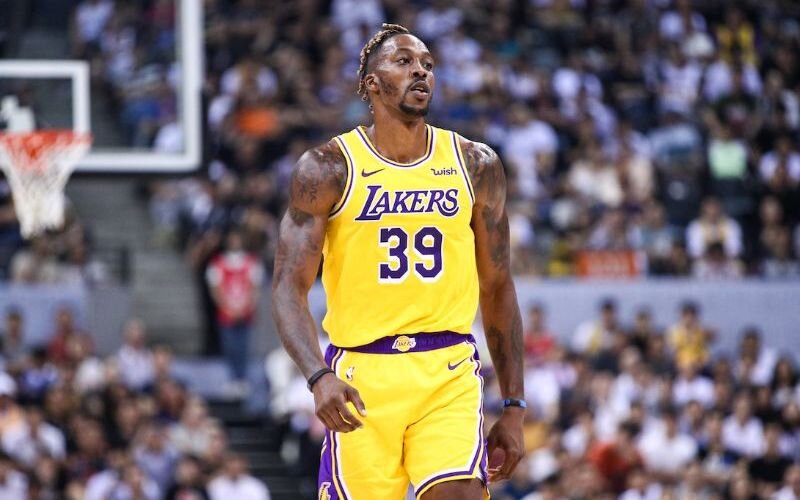 How The League’s Most Uniquely Disliked Player Changed The Story

Dwight Howard was once loved by fans, but he’s been disliked by teammates and coaches for the last decade. Now, one of the most misunderstood superstars and biggest underdogs in NBA history is changing the narrative. This is the Dwight Howard saga.

From a miracle first to a memorable last, Howard’s story has the potential to be a slam dunk when it’s all said and done. The 7-footer with one of the freakishly athletic figures in sports history ran through team after team causing locker room problems at each stop. But this year’s Howard is different.

Let’s start from the beginning.

Howard was born in Atlanta in 1985 after his mother had seven miscarriages, and he was born two months premature without any health complications. Miracle.

Howard hit a growth spurt in high school that shot him from 5-foot-10 to 7-feet tall, and he became the last high school player to go straight to the NBA Draft before the college rule change in 2005. Memorable.

He took the league by storm and earned eight all-star honors while averaging a double-double in his first eight seasons. He overpowered opponents with a physique that the sports world hadn’t seen before. He was a showman. A proponent of theatre. And sports, after all, is entertainment.

Howard embraced his lead role as a fan favorite, and he joined the 2008 Dunk Contest to deliver a show; the free-throw line flyer donning a Superman cape. This was vintage Dwight Howard — the one the world thought it knew just a few years into his 20s.

But the cape came off. The facade came down. The turmoil set in.

After the Orlando Magic lost to the Lakers in the 2009 NBA Finals, Howard became a headache. He got Magic head coach Stan Van Gundy fired from Orlando, then demanded a trade anyway. His teammates publicly criticized his growing lack of effort. As his numbers began to decline, his locker room riffs began to ascend.

Teammates turned on him because the guy was just different. He has pet snakes. He suffers from a bipolar disorder. The list of quirky storylines goes on and on, and the Dwight-bashing years began. Howard spent stints on six teams in seven years from 2012-2019, including a disaster year with the Lakers and Kobe Bryant in 2012-13.

Fast forward to last summer. The Lakers lost Demarcus Cousins to a season-ending injury and needed another big man. A 34-year-old Dwight Howard was on his way out of the NBA until a helping hand from the second-to-last high school phenom to go No. 1 overall — LeBron James.

Howard’s return trip to the Lakers has been one of the great stories of the NBA season, and one of the great second-chance stories in all of sports. He did some “soul-searching” in the off-season, and he openly discussed seeking professional help for his mental condition. It worked.

Howard’s minutes this season in Los Angeles are the lowest they’ve ever been, but his field goal percentage (73.8%) is 10 percent higher than his best season. He’s rebranded himself as a player, person, and teammate.

Dwight the kid was all about himself. Dwight the man is all about others. I’ll root for that underdog story in every athlete.

On Monday, a resurgent Lakers fan base and Dwight Howard supporters rejoiced as he announced his return to the NBA Dunk Contest next month in Chicago. In a world full of Hollywood sequels, Superman Returns.