The Story of Joey’s Jackets 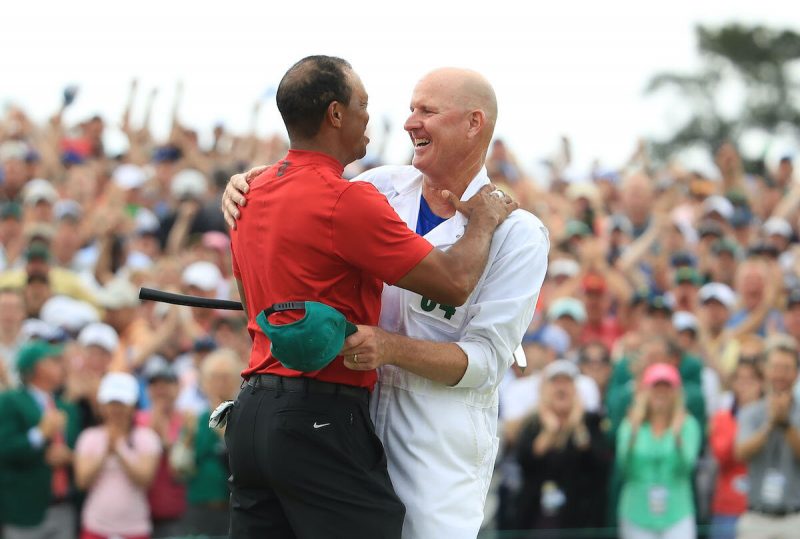 A caddie always carries a pencil. They’re a scorekeeper, coach, motivator, and sidekick wrapped in one. Victory is as much theirs as the golfer they support. And on this day one year ago, no one had a better man on the bag than Tiger Woods.

Loyalty. An underdog has it. Joe LaCava is full of it. LaCava was a name you probably didn’t know outside of golf circles. On Sunday, April 14, 2019, it was penciled into your brain forever at Augusta.

While 43-year-old Tiger Woods, with $1.5 billion in career earnings, captured the hearts of golf fans on this Sunday last year, it was his 65-year-old bagman without a college degree who gave the everyman, and the underdog, a victory.

LaCava grew up in Newtown, Connecticut, and believe it or not, he never played organized golf. He didn’t attend college. His path to caddying began with recreational golf rounds with his father, and his cousin, Ken Green. Green played on the PGA Tour for 30 years and won 11 tournaments.

After climbing the ranks as a pro caddie, LaCava built a relationship with Fred Couples in the 1980s. Couples claimed a green jacket at The Masters in 1992, and a hug between golfer and caddie on the 18th green was a defining moment for LaCava at 38 years old.

But as Couples grew older and less competitive, the duo’s championship moments became scarce. Couples urged LaCava to move on, but his loyalty prevented him from jumping bags until their last major win in 2005.

LaCava spent a few years testing the waters with younger players like Zach Johnson, who won four tournaments with Joey on the bag from 2007-2010. But in 2011, he got a call from a dear friend of Couples — Tiger Woods.

Woods had won 71 PGA Tour events in the first 14 years of his career, averaging more than five wins per season since turning pro in 1996. But in 2011, he was two years removed from victory. LaCava was part of the comeback.

Woods and LaCava won eight events in 2012 and 2013 as Woods returned to the Top-10 in World Golf Rankings, but more injuries and surgeries derailed him in his late 30s. Woods didn’t win an event for five years, but Joey’s loyalty remained.

In 2018, Woods’ victory at The Tour Championship signaled a twilight run of success in his early 40s. He was hot, finishing Top-10 in seven tournaments during 2018, and Top-12 in nine events. With 80 PGA Tour victories and playing some of his best golf, The Masters in 2019 was hyped for Tiger like never before.

The back-nine takeover on Sunday featured numerous shots meticulously crafted by the caddie. It was a mental battlefield through a crowded leaderboard on Sunday until one man emerged on top. A two-putt for victory, and a sports moment we’ll never forget.

Success is not individual, even in an individual sport. No underdog story is completed alone. LaCava is a great reminder of what can be accomplished when you stand by someone through tough times — the supporter of the underdog is an underdog, too.