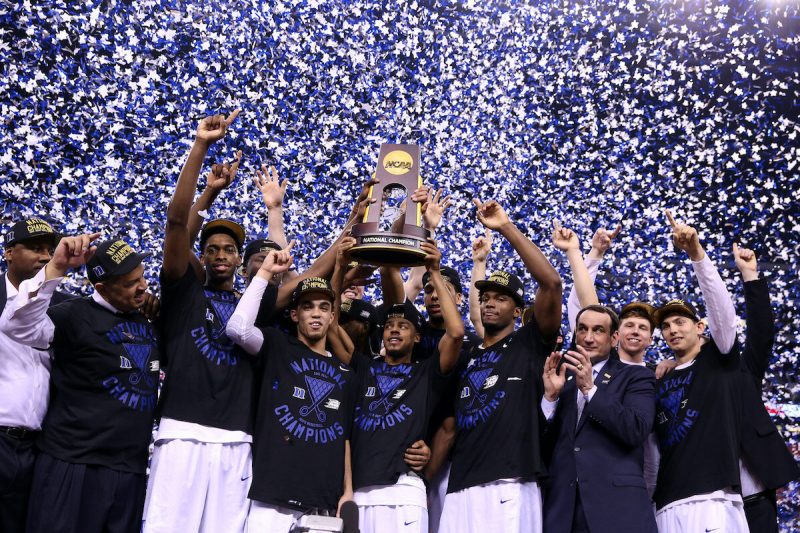 How March Madness Brought Us Together

For as long as I can remember, March was for basketball. Growing up in Northern Indiana, we were 2-3 hours from Chicago, Detroit, Indianapolis, and other potential NCAA Tournament sites, but we never went to games. Why would we when we had a setup like this?

In Indiana, basketball is religion. Did you know that 13 of the 14 largest high school basketball gyms in the United States are located in Indiana? Believe it. I played my tournament games at No. 8, Northside Gym. It seats 7,000-plus. And if you’re reading this, I hope you’ve seen the movie Hoosiers. You get it. Hinkle Fieldhouse is something special.

Every March, we did it right. For as long as I can remember, we hosted March Madness for three straight weekends. My father rented big-screen TVs, stacked them side-by-side, and went all in for the package that included every NCAA Tournament game, live. You know, in the late 90s before you got every game for free.

We invited everyone. Sometimes, our house ran 50-deep with spectators — friends, family, co-workers, and teammates. Others we barely knew. The price of admission? A snack, a bracket, and a love of the game.

As our tradition grew, we blew up the bracket and posted it on the wall. I penned the winners by hand. Game after game, we celebrated victories and mourned dramatic buzzer-beating losses. I never went to school on the first Thursday and Friday of the tournament. Fake sick days were the excuse when I was younger, but high school teachers just knew.

Our family members were Purdue fans. Many among us bled cream and crimson for Indiana. Others, Notre Dame. But throughout the house, we had fans who repped Duke, Carolina, Kansas, Kentucky, Michigan, Wisconsin, Oklahoma, UCLA, Ohio State, and so many more. It was truly madness.

We all have significant memories of our childhoods we’ll never forget. For a dozen years (ages 6-18), this was mine. These moments, undoubtedly, are what led me to pursue a career in sports journalism.

In my first year out of college (2015), the stars aligned. I was working in Indianapolis alongside the NCAA during a year when Indy hosted the Final Four. Just a 22-year-old kid who’d never been to the NCAA Tournament. Now, I was courtside with a credential.

Duke won the Championship (68-63). I stood at the foot of the ladder as Coach K cut down the net, and I looked up from center court to watch ‘One Shining Moment’ on the jumbotron. It was… madness.

I worked in sports for another five years, covering everything from collegiate volleyball to the NBA and auto racing, but something was missing.

The events, press conferences, and overall “dressed up” business of professional sports wasn’t where I fell in love. It wasn’t the arena lights, reporters fighting for sound bites, or the hard interviews after a loss. It was sharing those sports stories and moments with friends and family back home on a couch in Indiana. That’s where I fell in love.

So, I rediscovered that love in the form a newsletter. A party of 50-plus people doesn’t invade my home to watch games every night (that would be madness). Instead, I get to cover everything, across all sports, and share it with 100,000-plus. Some family, friends, and co-workers, just like before, but mostly people I’ve never met. Like you. And that’s pretty cool.

The NCAA Tournament made me who I am, and it started in the late 90s. In some weird way, it brought us together on a Tuesday morning in March 2020. And now, the NCAA Tournament is absent. I feel empty without a bracket to hyper-analyze, but there are more important things than sports…

People. People in an Indiana basement. People reading a newsletter from the other side of the globe. People are more important than sports. People, after all, are why we love sports in the first place.